The Siwash / Their Life Legends and Tales, Puget Sound and Pacfic Northwest 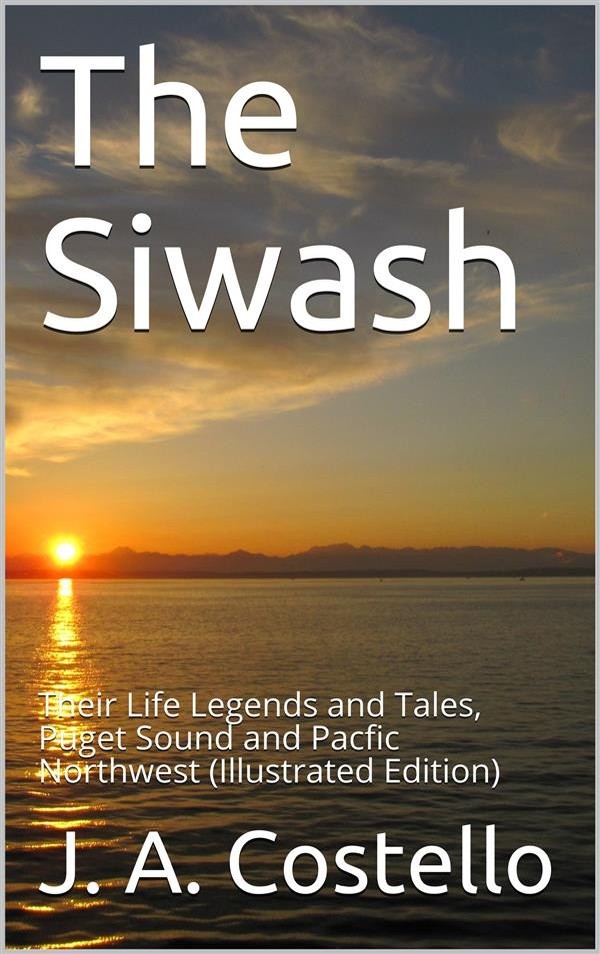 The Siwash / Their Life Legends and Tales, Puget Sound and Pacfic Northwest

The excuse for this book is that it is the first attempt to depict the life or ethnology of the maze of Indian tribes on Puget Sound, and it is believed, will be found not wholly uninteresting. It has been the aim to attain as nearly the facts in every instance as possible which in any way lead to a proper understanding of the natives of the country as they were found by the first whites to arrive. Mika mam-ook mika tum-tum de-late wa-wa. Ko-pet mika ip-soot halo mika tum-tum ko-pa o-coke. De-late wa-wa mika tum-tum, nan-ich Sahg-a-lie Tyee; my heart speaks truthful and I hide nothing I know concerning the things of which I speak. My talk is truthful as God sees me.

From the old pioneer and the more intelligent native have all the material facts been drawn, and as these opportunities will not endure for many years longer it is the belief and hope that this work will find an enduring place in the home and public libraries.

For material aid in the compilation of the historical and pictorial matter of this work the author is indebted to Samuel F. Coombs, one of the few pioneers who has a genuine interest in the preservation of the life and habits and traditions of the aboriginees; H. A. Smith, of Smith’s cove; Rev. Myron Eels for valuable information and assistance, touching the Skokomish Indians; Edward Morse, son of Eldridge Morse, than whom, probably none have a truer insight into the mysteries of early Indian life on the Sound; E. H. Brown, and to W. S. Phillips, F. Leather and Raphael Coombs, artists.