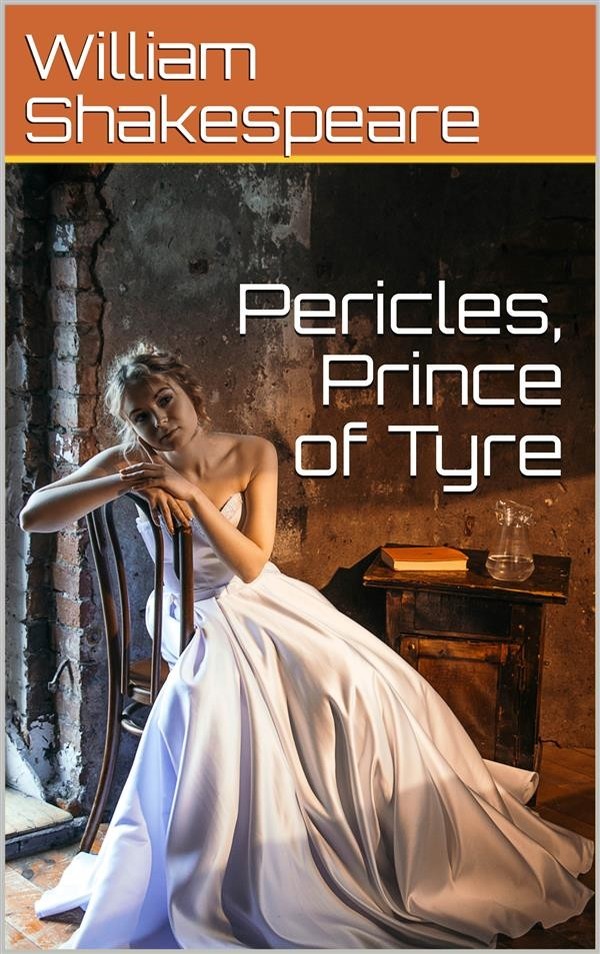 Pericles, Prince of Tyre is a Jacobean play written at least in part by William Shakespeare and included in modern editions of his collected works despite questions over its authorship, as it was not included in the First Folio. Whilst various arguments support that Shakespeare is the sole author of the play (notably DelVecchio and Hammond's Cambridge edition of the play), modern editors generally agree that Shakespeare is responsible for almost exactly half the play—827 lines—the main portion after scene 9 that follows the story of Pericles and Marina. Modern textual studies indicate that the first two acts of 835 lines detailing the many voyages of Pericles were written by a collaborator, which strong evidence suggests to have been the victualler, panderer, dramatist and pamphleteer George Wilkins.

John Gower introduces each act with a prologue. The play opens in the court of Antiochus, king of Antioch, who has offered the hand of his beautiful daughter to any man who answers his riddle; but those who fail shall die.

Pericles, the young Prince (ruler) of Tyre in Phoenicia (Lebanon), hears the riddle, and instantly understands its meaning: Antiochus is engaged in an incestuous relationship with his daughter. If he reveals this truth, he will be killed, but if he answers incorrectly, he will also be killed. Pericles hints that he knows the answer, and asks for more time to think. Antiochus grants him forty days, and then sends an assassin after him. However, Pericles has fled the city in disgust.

Pericles returns to Tyre, where his trusted friend and counsellor Helicanus advises him to leave the city, for Antiochus surely will hunt him down. Pericles leaves Helicanus as regent and sails to Tarsus, a city beset by famine. The generous Pericles gives the governor of the city, Cleon, and his wife Dionyza, grain from his ship to save their people. The famine ends, and after being thanked profusely by Cleon and Dionyza, Pericles continues on.

A storm wrecks Pericles' ship and washes him up on the shores of Pentapolis. He is rescued by a group of poor fishermen who inform him that Simonedes, King of Pentapolis, is holding a tournament the next day and that the winner will receive the hand of his daughter Thaisa in marriage. Fortunately, one of the fishermen drags Pericles' suit of armour on shore that very moment, and the prince decides to enter the tournament. Although his equipment is rusty, Pericles wins the tournament and the hand of Thaisa (who is deeply attracted to him) in marriage. Simonedes initially expresses doubt about the union, but soon comes to like Pericles and allows them to wed.

A letter sent by the noblemen reaches Pericles in Pentapolis, who decides to return to Tyre with the pregnant Thaisa. Again, a storm arises while at sea, and Thaisa appears to die giving birth to her child, Marina. The sailors insist that Thaisa's body be set overboard in order to calm the storm. Pericles grudgingly agrees, and decides to stop at Tarsus because he fears that Marina may not survive the storm.