Into the Storm: Book Three of the Storms of Future Past Series 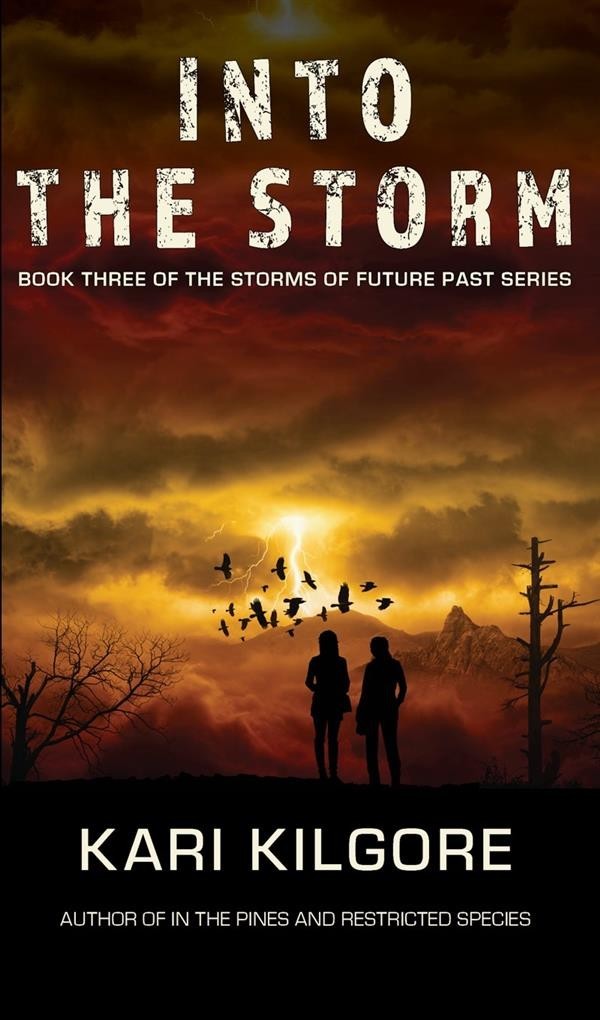 Into the Storm: Book Three of the Storms of Future Past Series

Iris Rutherford’s paintings scare most people. Especially the strange ones.

Even in her hometown of Maple Ridge, Virginia, her own peculiar magic makes her an outsider in a town full of them.

Then Iris meets Gena Wallace, the first to understand. To see the visions, joyful and nightmarish, even before Iris sees.

Will they survive as Iris’s nightmares come true?

An excerpt from Into the Storm:
“Did I say which this happens in?” Iris shivered as she stared at the painting. “Maple Ridge or Wolf Branch?”
“No, honey, you didn’t,” Gena said. “Same with the one with the prison a couple of days ago. I couldn’t tell which. But I think you’re right. It’s one or the other.”
“I don’t know what to do.” Iris paced back and forth, looking at all of the true images, growing stranger and more upsetting as the months passed. “If we go up there with food riots just a few hours away, we might not ever get back. I don’t know what the hell the two of us could do about this anyway.”
“How long since you’ve heard from your parents?” Gena caught Iris’s hand, then pulled her into a hug.
“The phones have been out for the last couple of weeks.” Iris  let out her breath in a rush, trying not to cry. “They had it pretty bad over the winter. Trees probably took out the phone lines. Maybe the power lines too.”
“That’s not what you’re dreaming,” Gena said. “Nothing as simple as trees. Something’s wrong. Those three paintings go together.”
“We just have to figure out why.”