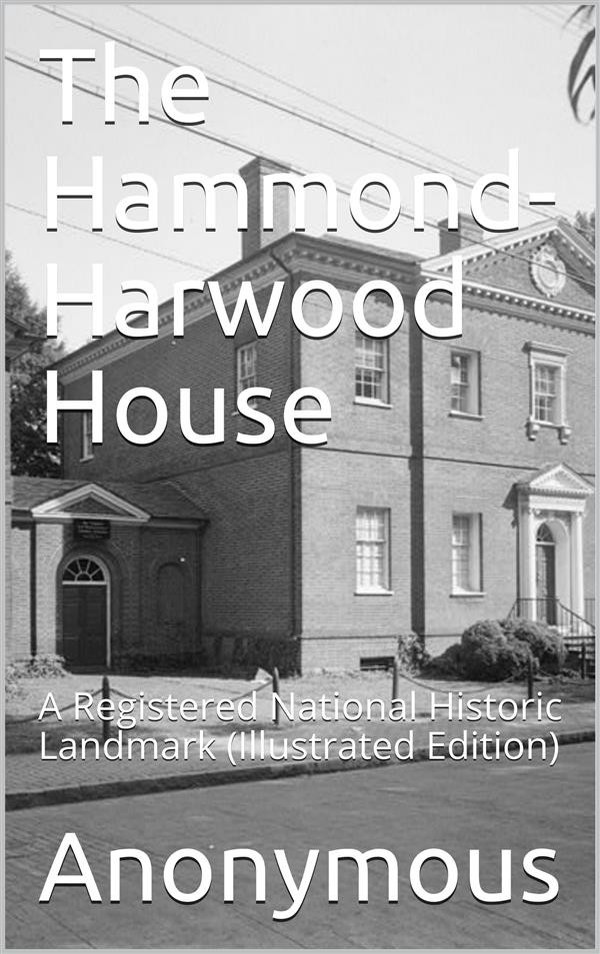 The Hammond–Harwood House is a historic house museum at 19 Maryland Avenue in Annapolis, Maryland, USA. Built in 1774, is one of the premier colonial houses remaining in America from the British colonial period (1607–1776). It is the only existing work of colonial academic architecture that was principally designed from a plate in Andrea Palladio's I Quattro Libri dell'Architettura (The Four Books of Architecture) (1570). The house was designed by the architect William Buckland in 1773–1774 for wealthy farmer Matthias Hammond of Anne Arundel County, Maryland. It was modeled on the design of the Villa Pisani in Montagnana, Italy, as depicted in Book II, Chapter XIV of Palladio's work. It was designated a National Historic Landmark in 1960, and is now managed by a non-profit organization as a museum.

Construction on the house began about April 1774, and most of the house was probably completed before the death of the architect in November or December of the same year. Owner Matthias Hammond probably never occupied his elegant house because he abruptly left Annapolis for his family's country estate in 1776. He died in 1786 after renting out the house for many years.

The house passed to his nephews John, and then to Philip Hammond, who eventually sold the house to Ninian Pinkney in 1810. Pinkney, however, quickly sold the house to Judge Jeremiah Chase in 1811. Judge Chase bought the house as a home for the family of his daughter, Frances Townley Chase Loockerman. Chase was well acquainted with the house because he had rented the northeast wing, beginning in the late 1770s.

Hester Ann Harwood died intestate, and the house was sold in 1926 to St. John's College. The College used the house as a teaching tool for one of America's first courses taught on the decorative arts until financial necessity forced the college to sell to the Hammond–Harwood House Association in 1940. This non-profit corporation continues to own the house and operates it as a public museum.

The house ranks architecturally with many of the great mansions built in the late Colonial period; however, it is the only house directly inspired from a plate in Palladio's, I Quattro Libri dell'Architettura. It is arguably the most exquisite house remaining from the Colonial period in America.