The Life of Timon of Athens 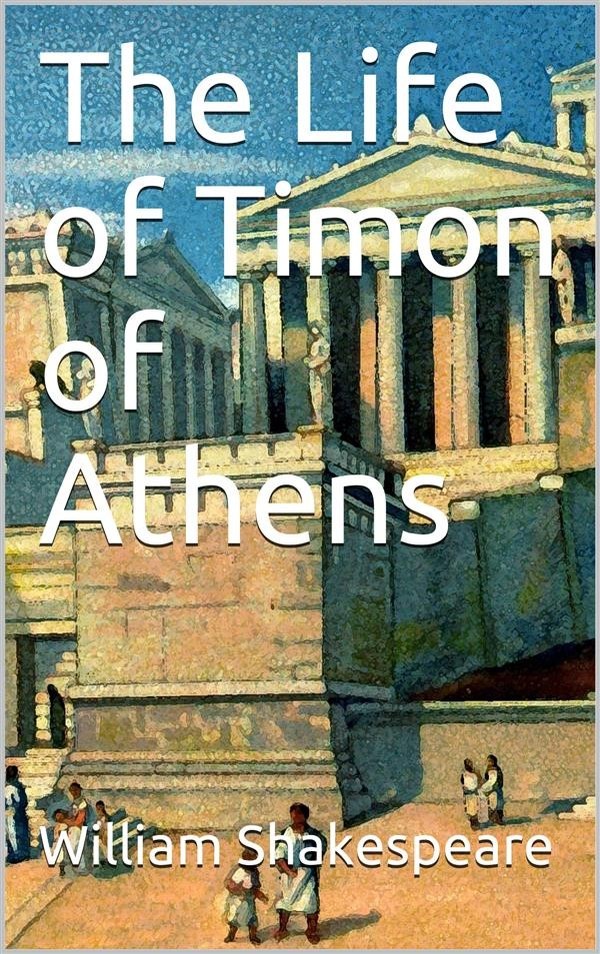 The Life of Timon of Athens

Timon of Athens (The Life of Tymon of Athens) is a play by William Shakespeare, probably written in collaboration with Thomas Middleton in about 1605–1606, which was published in the First Folio in 1623. It is about the fortunes of an Athenian named Timon (and probably influenced by the philosopher Timon of Phlius). The central character is a beloved citizen of Athens who through tremendous generosity spends his entire fortune on corrupt hangers-on only interested in getting the next payout.

The earliest-known production of the play was in 1674, when Thomas Shadwell wrote an adaptation under the title The History of Timon of Athens, The Man-hater. Multiple other adaptations followed over the next century, by writers such as Thomas Hull, James Love and Richard Cumberland. The straight Shakespearean text was performed at Smock Alley in Dublin in 1761, but adaptations continued to dominate the stage until well into the 20th century.

Timon of Athens was originally grouped with the tragedies, but some scholars name it one of the problem plays.

In the beginning, Timon is a wealthy and generous Athenian gentleman. He hosts a large banquet, attended by nearly all the main characters. Timon gives away money wastefully, and everyone wants to please him to get more, except for Apemantus, a churlish philosopher whose cynicism Timon cannot yet appreciate. He accepts art from Poet and Painter, and a jewel from the Jeweller, but by the end of Act 1 he has given that away to another friend. Timon's servant, Lucilius, has been wooing the daughter of an old Athenian. The man is angry, but Timon pays him three talents in exchange for the couple's being allowed to marry, because the happiness of his servant is worth the price. Timon is told that his friend, Ventidius, is in debtors' prison. He sends money to pay Ventidius's debt, and Ventidius is released and joins the banquet. Timon gives a speech on the value of friendship. The guests are entertained by a masque, followed by dancing. As the party winds down, Timon continues to give things away to his friends: his horses, as well as other possessions. The act is divided rather arbitrarily into two scenes, but the experimental and/or unfinished nature of the play is reflected in that it does not naturally break into a five-act structure.

Now Timon has given away all his wealth. Flavius, Timon's steward, is upset by the way Timon has spent his wealth, overextending his munificence by showering patronage on the parasitic writers and artists, and delivering his dubious friends from their financial straits; this he tells Timon when he returns from a hunt. Timon is upset that he has not been told this before, and begins to vent his anger on Flavius, who tells him that he has tried repeatedly in the past without success, and now he is at the end; Timon's land has been sold. Shadowing Timon is another guest at the banquet: the cynical philosopher Apemantus, who terrorises Timon's shallow companions with his caustic raillery. He was the only guest not angling for money or possessions from Timon. Along with a Fool, he attacks Timon's creditors when they show up to make their demands for immediate payment. Timon cannot pay, and sends out his servants to make requests for help from those friends he considers closest.