Fighting the Storm: Book Four of the Storms of Future Past Series 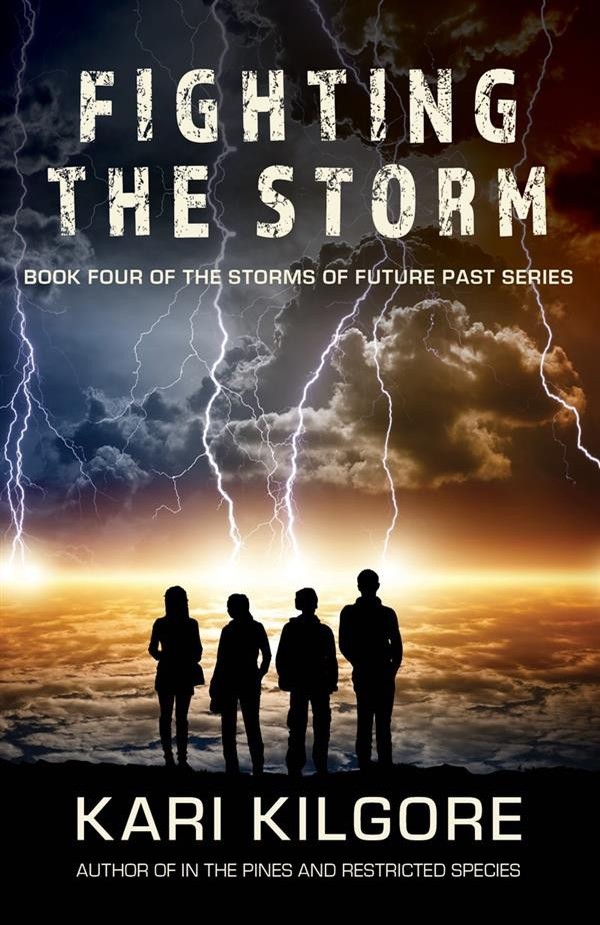 Fighting the Storm: Book Four of the Storms of Future Past Series

Alex Collins and Etan Griffith thought love, hard work, and magic protected them from the end of the world.

Until heartbreak struck much closer to home.

Will the power of family bring them all through, together?

An excerpt from Fighting the Storm:

Etan didn’t have to look at Alex to know he was biting his tongue, dying to say something. He could feel how tense Alex’s leg was against his own, could just about hear his agitation.
“What are you wanting to say, Alex?”
“I don’t want to be an asshole, but if we have to set you up as a prophet, that’s what we need to do. I hated what happened in Maple Ridge and everywhere else. But we can’t have gone through so much hell to get here and let everything fall apart again. If people will follow the Great Prophet Etan and that lets us survive, then that’s who you need to be.”
Etan did groan then, closing his eyes for a second. Not only because this was what he’d been afraid of. Because the words and the ideas sounded true.
They felt true, no matter how much he might dislike them.
“I don’t know if I can agree to that, not right now. I have no idea how to do anyof this, much less create a new religion. I’m scared to death of making a hard situation worse.”