So Much For Buckingham 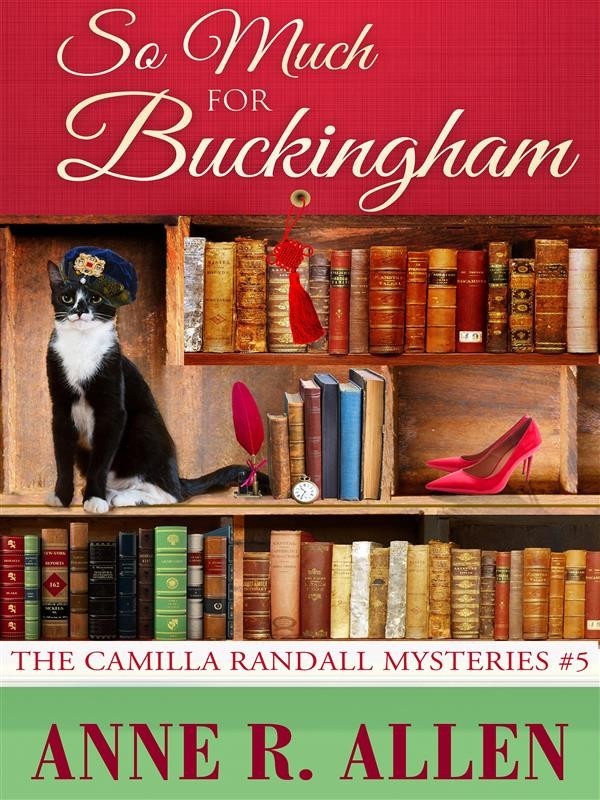 So Much For Buckingham

It's a laugh-out-loud mashup of romantic comedy, crime fiction, and satire: Dorothy Parker meets Dorothy L. Sayers. Perennially down-and-out socialite Camilla Randall--a.k.a. "The Manners Doctor"--is a magnet for murder, mayhem and Mr. Wrong, but she always solves the mystery in her quirky, but oh-so-polite way. Usually with more than a little help from her gay best friend, Plantagenet Smith.

This comic novel—which takes its title from the most famous Shakespearean quote that Shakespeare never wrote—explores how easy it is to perpetrate a character assassination whether by a great playwright or a gang of online trolls.

In this hilarious episode Camilla makes the mistake of responding to an online review of one of her etiquette guides and sets off a chain of events that leads to arson, attempted rape and murder.

Plantagenet, vacationing in England, is accused of the murder and nobody but Camilla's shady former boyfriend—fresh from prison—can save him. Camilla and Plantagenet are caught between rival factions of historical reenactors who are fiercely pro- and anti-Richard III.

And there's a mysterious cat. Who knows more than he's letting on…

Although this is #5 in the series, it can be read as a stand-alone

"Laughs and social commentary abound in this global adventure. Camilla Randall, a down-on-her luck-socialite-turned-etiquette-expert, takes on review cyberbullies while her friend Plantagenet hunts down the ghost of Richard III.

"Anne R. Allen has given us a hilarious satire that pokes fun at some dark topics."

"Anne Allen is masterful at keeping the plot twisting and turning; and making sure all those details make sense by the end."

"On the surface, it's a frothy romance-cum-suspense story…but underneath, it provides a perceptive insight into the mad world of modern publishing and the subculture of Internet lunatics."

"Josephine Tey's Daughter of Time for the 21st Century."

"Laughs and social commentary abound in this global adventure. Camilla Randall, a down-on-her luck-socialite-turned-etiquette-expert, takes on review cyberbullies while her friend Plantagenet hunts down the ghost of Richard III."