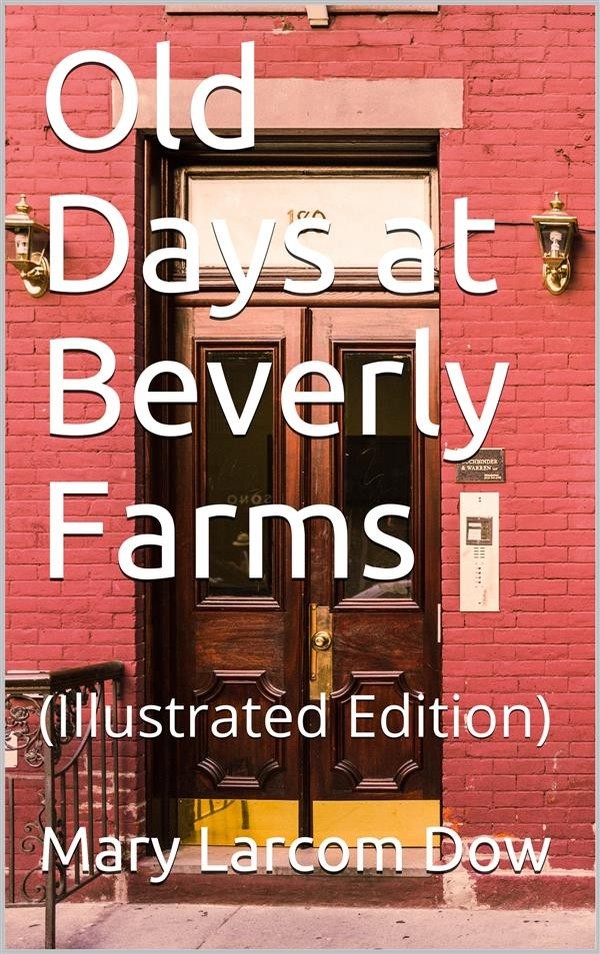 During the last month of his life, Mr. Dow asked his friend and pastor, Rev. Clarence Strong Pond, to see that "Old Days at Beverly Farms," written by Mrs. Dow, was printed. He also asked me to write a sketch of her life to publish with it. The answer is this little book, a loving tribute from many friends.

Beside those whose names appear on its pages, Mrs. Alice Bolam Preston has drawn the front door and knocker of the "Homestead." Mrs. Bridgeford and Mrs. Edwin L. Pride supplied the originals of the portraits. Mrs. Howard A. Doane, "Elsie," has collected information, in which task she has been helped by many of the neighbors. The money, without which we could have done nothing, has been given by Mrs. F. Gordon Dexter, Mrs. Charles M. Cabot, Miss Elizabeth W. Perkins and Miss Louisa P. Loring.

Mrs. William Caleb Loring bought Mrs. Dow's house after her death and gave it to St. John's Parish for a parish house. She directed that a tablet should be placed in it to preserve the memory of our friend.

In examining the titles Mr. Samuel Vaughan found that Mrs. Dow's great grandfather, Jonathan Larcom, did not sell his slaves. He was administrator of his father, David Larcom's estate in 1775. In the appraisal, six slaves are mentioned by name, valued at £106 13s. 4d. but none are mentioned in the division. It appears that they became free when their master died. All slaves were considered free in Massachusetts when the State Constitution was adopted in 1780.