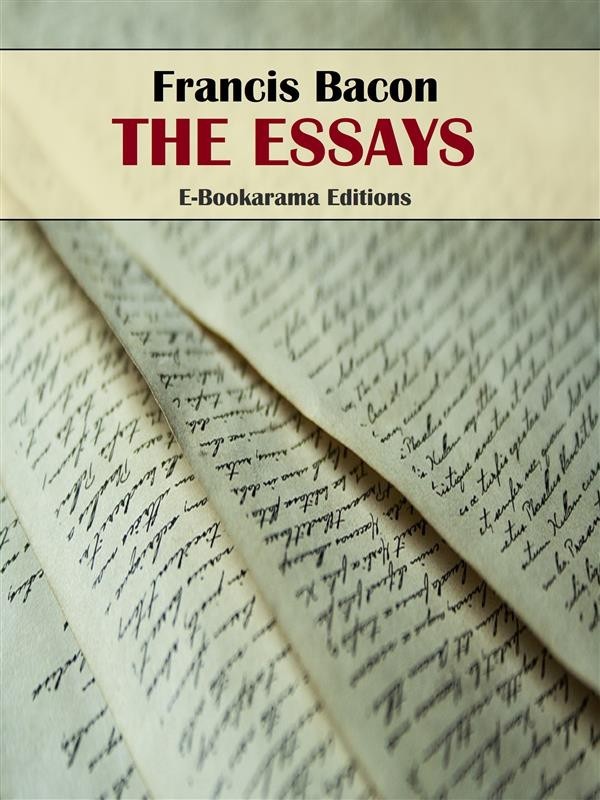 Francis Bacon had many accomplishments. He was a scientist, a philosopher, and a politician, and he was adept, too, at taking bribes; for this he had been imprisoned. It is, however, as a literary man that he is perhaps best remembered, a writer so competent with the pen that for decades there have been some persons willing to argue that Bacon wrote the plays attributed to William Shakespeare.

The essay form is rare in the modern age, although there are some faint signs of its revival. As Bacon used it, the essay is a carefully fashioned statement, both informative and expressive, by which a person comments on life and manners, on nature and its puzzles.

"The Essays" first appeared, ten in number, in 1597 (by 1612, the number of essays had been increased to thirty-eight). They were immediately popular because they were brief, lively, humane, and well-written. Perhaps they were effective in contrast to the rambling, florid prose written by most writers of the time. A considerable part of their charm lay in their civilised tone. In these essays, Bacon reveals himself as an inquisitive but also an appreciative man with wit enough to interest others.
The essays concern themselves with such universal concepts as truth, death, love, goodness, friendship, fortune, and praise. They cover such controversial matters as religion, atheism, custom and education, and usury, and they consider such intriguing matters as envy, cunning, innovations, suspicion, ambition, praise, vainglory, and the vicissitudes of things.