Blacks and Bushrangers / Adventures in Queensland 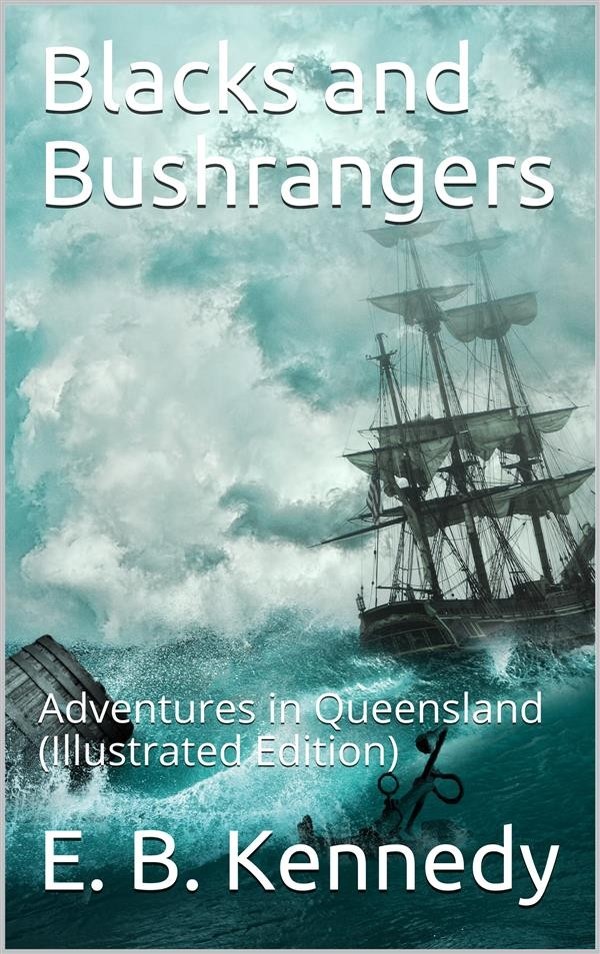 Blacks and Bushrangers / Adventures in Queensland

A few words concerning the following narrative may not be out of place.

Many years ago, and before the present township of Townsville, in Northern Queensland, was thought of, I found myself wandering in the neighbourhood of Mount Elliott, and also about the waters of the Burdekin river, in latitude a little south of 19 degrees.

Whilst so engaged, looking for country suitable for stock, hunting, &c., it was my privilege to make the acquaintance of one “Jimmy Morrill,” and through him I enjoyed the unusual advantage of intercourse with the perfectly wild blacks.

A word about Morrill.

Many years before my meeting with him, he had been wrecked upon the northern coast of Queensland, and when I met him he had just left the northern tribes who had protected and cared for him for seventeen years; his own English language he had nearly forgotten, never having seen a white man all that time.

At the end of that period, civilization, in the shape of a handful of white men, had crept up to him, the sole survivor of the wreck, from the southern districts.

From Morrill I heard of customs and ceremonies of the natives which no other white man but himself had ever been permitted to witness.

One of these “rites” I have described in my story, it is called the “Boorah” or “Boree.”

Therefore that part of the narrative referring to the native blacks and their habits is absolutely founded upon fact, and the statements made concerning them I will answer for.

I spent many months amongst the Queensland natives, and at a later period, when Morrill had journeyed farther south, and had been induced to publish a “Sketch of his residence among the Aborigines,” he gave me a copy of his pamphlet, which I have retained, and from which I have refreshed my memory.

I may mention that the adventure with the big cockle, or giant clam shell, Tridacna gigas, was a fact; also that the account of the walking fish, Ceratodus forsteri, is true.

I am indebted to the kindness of my friend, Dr. Günther, of the British Museum, for the scientific names.

The buckjumper, “Satan the first,” was a notorious horse, the worst of many which I saw ridden on a northern station in 1864.

In that portion of my story where the scene is laid in New South Wales, the bushranger “Magan,” and his coat of mail will be recognized by many old Colonials, who will remember the great excitement caused by the cruel crimes of this monster, and the subsequently strange manner by which his death was brought about.