An Old City Company: a Sketch of the History and Conditions of the Skinners' Company of London 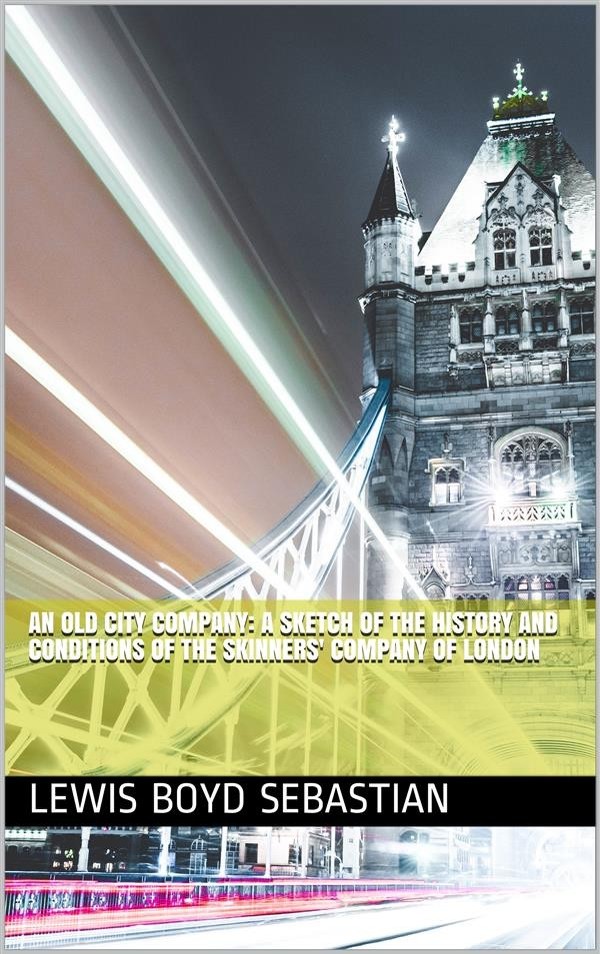 An Old City Company: a Sketch of the History and Conditions of the Skinners' Company of London

This historical sketch of the Skinners’ Company of London, to which I was apprenticed some forty years ago, and which I have since had the exceptional honour of serving through seven Wardenships and two Masterships (1886–7 and 1894–5) is an expansion of a Paper read before Ye Sette of Odd Volumes at Limmer’s Hotel, on the 25th November, 1902.

Who that reads can feel surprise that such a Company, with such a past—and such a present—commands and receives the loyal and enthusiastic devotion of all its members.

Five-and-twenty years ago disparaging criticisms of the ancient Livery Companies of the City of London were not uncommon. It had become a habit with writers of a certain class to describe the members of the Companies as illiterate people battening on public money, employing themselves in what was often spoken of as “gorging and guzzling” at the expense of their trusts, incapable of sitting down to a meal without the incentive of £5 notes secreted under their plates; and whose business, when any was done, largely consisted in granting beneficial leases of their trust estates to one another. All ignorant and malignant fiction.

The former misconceived attacks were very wounding to the members of the Companies, whose feelings of personal honour and of affection towards their Company were sorely outraged by them. For my own part, when I compare my Company, my School, my University, my College, my Inn of Court, I doubt whether any but William of Wykeham’s Winchester can vie with the Skinners’ Company in my affections.

There are several reasons for this which appear to me to be good. One is, that a member of such a Company feels himself to be connected by a direct link with the History of England, of which these Companies are part. Their destinies have been shaped and guided by men, of whom many have done good service to their country, and who stand towards their successors of later date in the position of honoured and revered ancestors, to be followed and imitated so far as change of circumstances permits. They are gone, but their work remains to be preserved and extended.

Another reason is the opportunity which membership of a Company affords of being of some little use in one’s own day and generation. There is great scope for this in the wise and prudent management of the affairs of a great Company. The sick have to be tended, the poor to be relieved, the schools to be governed, the exhibitions and prizes to be awarded, the estates to be managed, worthy institutions to be selected for support, all the multifarious matters connected with the ownership of property and the dispensation of charity to be controlled. All these must be of interest to any generous mind.