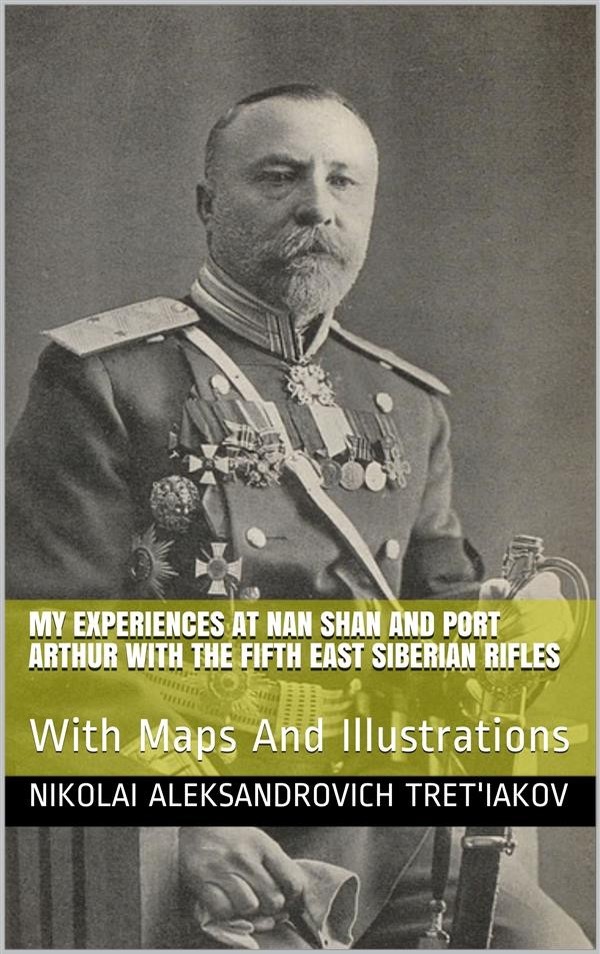 In 1909 there appeared in the Russian military journal, “Voenny Sbornik,” twelve articles from the pen of a distinguished Russian officer.

The writer—Lieutenant-General (then Colonel) Tretyakov—as commander of the Western Section of the Defences had taken a prominent and gallant part in the historic struggle for the possession of Port Arthur.

His narrative—of which this work is a translation—placed before his countrymen, in simple and intimate language, his experiences at Nan Shan and within the beleaguered fortress. The impression created throughout Russia was deep and immediate.

No more touching and direct appeal to judge its beaten heroes sympathetically and fairly has ever been made to a nation. Six thousand miles from the Fatherland the author’s regiment, the 5th Siberian Rifles—and many another—fought to the death for God and the Czar. This plain tale is a fitting record of their soldierly devotion. As such we offer it to English readers, assured that every page must bring home the conviction that here we have the actual history of the fighting line—as perhaps nothing else in our language gives it.

We follow the fortunes of the General’s own unit, we live with his men amidst the bloodstained wreck of their trenches on 203 Metre Hill, losing all thought of the general conduct of the attack and defence of the fortress—in a word, we are transported from the dry bones of military history to the living realities of the battlefield.

To the soldier these annals afford example after example, deeply interesting and instructive, of military cause and effect. In theory a specialist’s business, here we see laid bare the foundation on which stands scientific siege warfare. The infantry soldier’s readiness to die makes possible the rôle of the gunner and the sapper—his blood cements their work.

From the historical point of view these pages exemplify the rare incident of a writer of the beaten side giving to the world an opportunity of comparing his account with that of the victor—not years after the strife, but while the sword is yet barely sheathed. The student of war will doubtless fully appreciate the value of such contemporary history.

In Semenov’s “Rasplata” we have a bitter lament for “what might have been.” The psychological contrast is now before us—a commander who rarely criticizes, but, instead, shows us every one cheerfully doing his best to make bricks without straw.

In him the British soldier will recognize a brother-in-arms, whose unassuming character and cheerful self-restraint in the midst of adversity must appeal to his national instincts.

This is perhaps hardly the place to enter upon a critical discussion of the strategy and tactics of the conflict, but we cannot refrain from reminding the reader that in this great siege we beheld the remarkable spectacle of an army sacrificing itself to secure for its fleet the command of the sea. No more eloquent testimony to the value to an island power of that command has ever been presented.

In conclusion, we add a short biographical sketch of the author, and we take this opportunity to acknowledge with gratitude his most kind and invaluable assistance in the translation and illustration of the work.