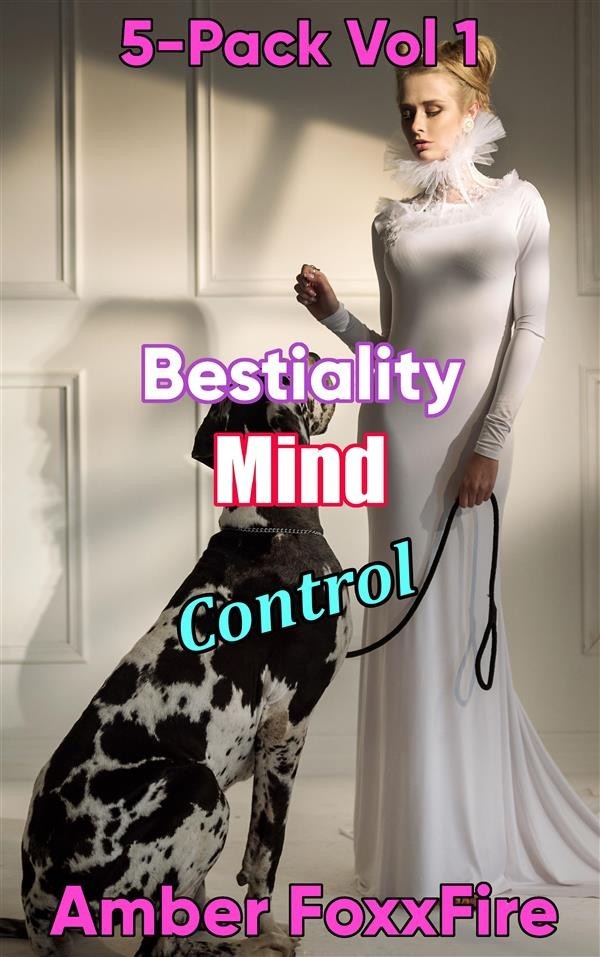 Staring at the computer screen for hours was starting to wear on Sandra’s mind. But she had to finish this report!

Suddenly, unbidden images flashed in front of her. Was this some kind of hack? Or trick? Those images contained messages - messages that implanted themselves subconsciously in her sleep-deprived brain.

Messages sent by her husband’s German Shepherd, Zeus. Now that the brainwashing was complete, she would do anything her master wanted.

Tasked with dog-sitting her boss’s Doberman while he went on vacation, Lori thought it would be easy. How much trouble could a large dog get into, anyway?

Damien getting fed steak at every meal was her first clue. She couldn’t afford to feed him like that - not on her paltry salary.

That she found herself stopping at the store for exactly that was her second.

But by then it was too late.


Sent to the pastor by her mother to be taught a lesson, Tammy had no idea that he was going to drug her drink and make her do unspeakable, filthy acts to both him and his Rottweiler.

Tammy wouldn’t be the first 18-year-old slut Pastor Mike has had to “reform.” Nor would she be the last. But she would be the best.


Rex gulped down a couple pills that had been hastily thrown away by the son when his mother had found them. Suddenly gifted with the power to control minds, he used it on Mary. He’d always been dominant over her, but now he could push her further than he’d ever dreamed possible. Watch as Rex mind-controls Mary to perform very sexual, lewd acts on him, breeding her to carry his pups.

I had been given an experimental mind-control drug by my professor. I was supposed to find a willing participant and document the effects.

But my bad dog, Rex, must’ve gotten into them as suddenly I had desires to do very naughty and filthy things with my handsome dog - thoughts I would’ve never had on my own.

This is a VERY hot MC story, involving wicked things done between woman and animal.