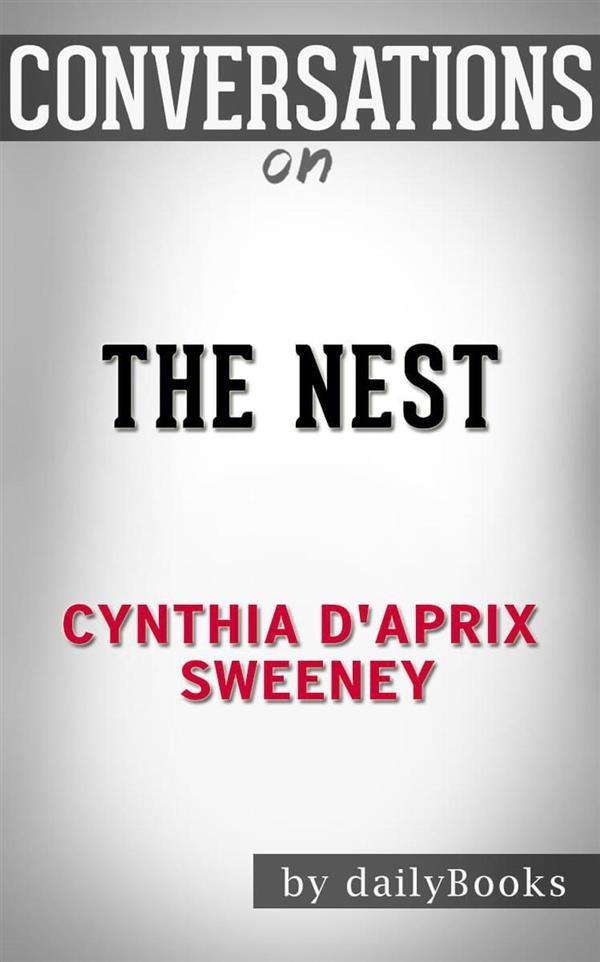 The Nest, Cynthia D’Aprix Sweeney’s debut novel, spins a tale of family dysfunction, self-absorption, fighting over an inheritance, the perils of drug abuse and addiction, and defining an individual’s role within a family unit. When favorite son Leo Plumb crashes his car while performing drug-fueled sex acts with a teenage waitress, he burns through the family nest egg to make an embarrassing lawsuit disappear. Now, Leo’s three siblings, who were counting on that money to bail them out of their own lifetime of poor decisions, are left wondering if their reckless older brother will pay them back or abandon them in their time of need.
The Nest soared to No. 3 on the New York Times bestseller list. Amazon Films has already purchased movie rights for Cynthia Sweeney’s comedy, which Goodreads calls “a warm, funny and acutely perceptive debut novel about four adult siblings and the fate of the shared inheritance that has shaped their choices and their lives.”