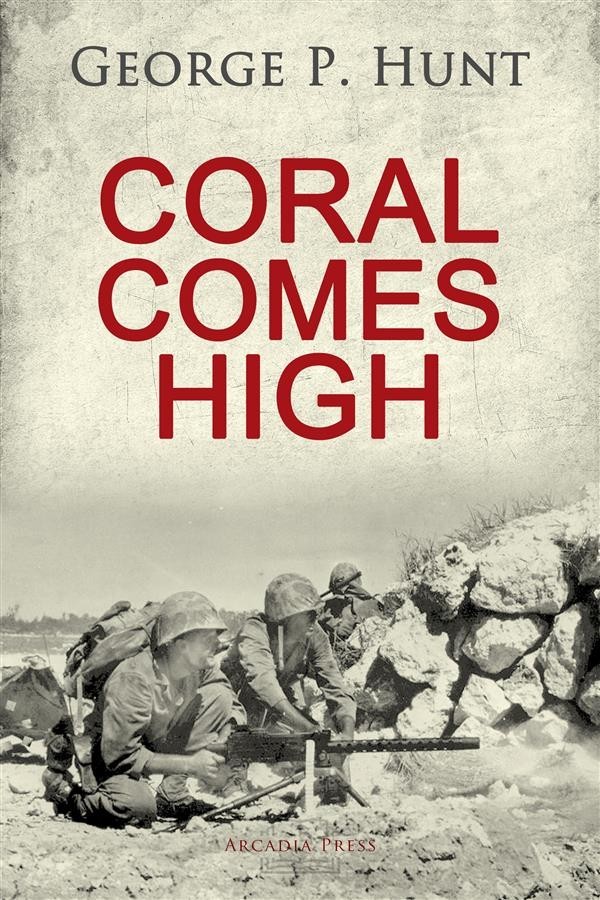 "AT 0830, September 15, 1944, the First Marine Division attacked the Japanese-held island of Peleliu in the Palau Islands and engaged an estimated 10,000 Japanese in one of the fiercest straggles of the war. I was in command of Company “K” ...In no sense is this hook the complete account of the Peleliu invasion. It is principally a story of my company and myself and what happened to us during a grim action of forty-eight hours’ duration. With one exception, I have used the real names of real persons".


"...It is my belief that Captain George Hunt has told here a story which is important in the history of the United States Marines. It is not an official account, and Captain Hunt has not attempted to give an overall picture of grand strategy, nor even the complete story of Peleliu. He has, however, told in the simplest terms the story of his own company — a small force which suffered terrible casualties and fought against considerable odds to see a specific job through.
If this small unit, this small association of fighting men, had not done its job, there is no knowing what the results might have been in terms of casualties along an entire beach sector.
Captain Hunt has been awarded the Navy Cross as commander of a company of Marine riflemen on Peleliu.
This is a story of fighting men told by a fighting man".