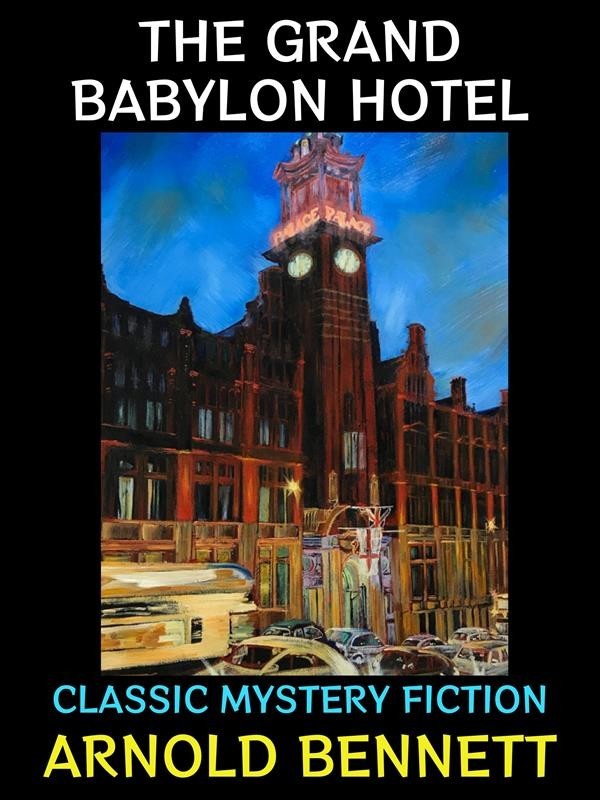 The Grand Babylon Hotel by Arnold Bennett. About the mysterious disappearance of a German prince. The main protagonists are an American millionaire, Theodore Racksole, and his daughter Nella (Helen). While staying at the supremely exclusive Grand Babylon Hotel, Nella asks for a steak and Bass beer for dinner, but the order is refused. To get her what she wants Racksole buys the entire hotel, for £400,000 "and a guinea" (so the previous owner can say that he haggled with the multi-millionaire businessman). Strange things are happening in the hotel. First, Racksole notices the headwaiter, Jules, winking at his daughter's friend, Reginald Dimmock, while they consume their expensive steak. He dismisses the headwaiter. The next day Miss Spencer, the pretty, efficient hotel clerk who has been employed there for years, disappears. It appears that she just took her things and left, no one knows when or where. And Prince Eugen, a prince regnant of Posen, who was to come to the hotel and meet his youthful uncle Prince Aribert (he and the nephew are of the same age), never turns up.