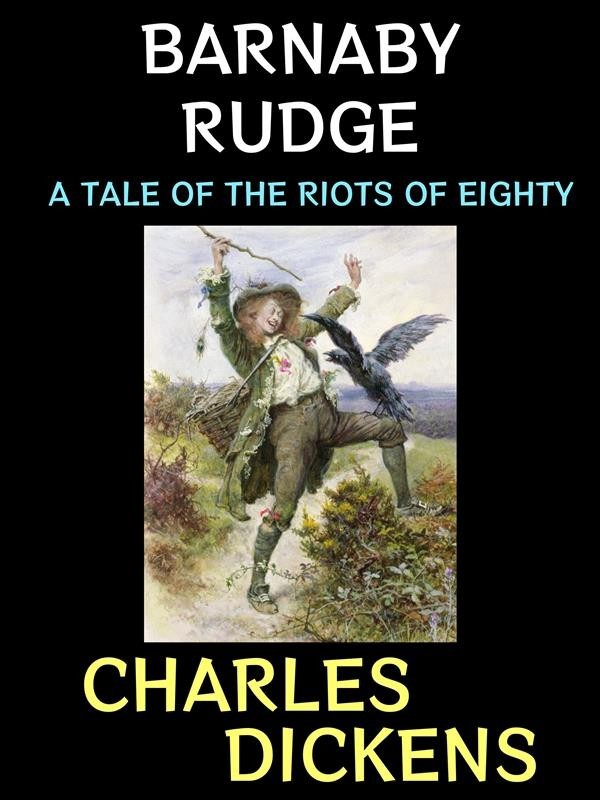 Barnaby Rudge by Charles Dickens. The first of Dickens's historical novels, Barnaby Rudge, written in 1841, is set at the time of the anti-Catholic riots of 1780, with the real Lord George Gordon, leader of the riots, appearing in the book. The characters are caught up in the resulting mob lawlessness which climaxes in the destruction of Newgate prison, an actual event brought to life in the novel. The plot turns on the relationship between Catholic Emma and Protestant Edward, further complicated by the earlier murder of Reuben Haredale, supposedly by Barnaby though actually by his evil father; but the real focus of the book, as so often in Dickens, is London itself. This is a nightmarishly vivid picture ofa capital city's subterranean life. In A Tale of Two Cities Dickens was to recapture his vision of the mob in all its moods, but he never surpassed the sense of pulsating energy and dangerevoked in the crowd scenes of Barnaby Rudge. Nor did he often rival the touching relationship between Barnaby and his pet raven, Grip, who embodies the mystical power of innocence. Although Barnaby Rudge is one of Dickens's lesser known novels, the bond between boy and bird makes it one of his most touching.