An Essay on comedy and the uses of the comic spirit 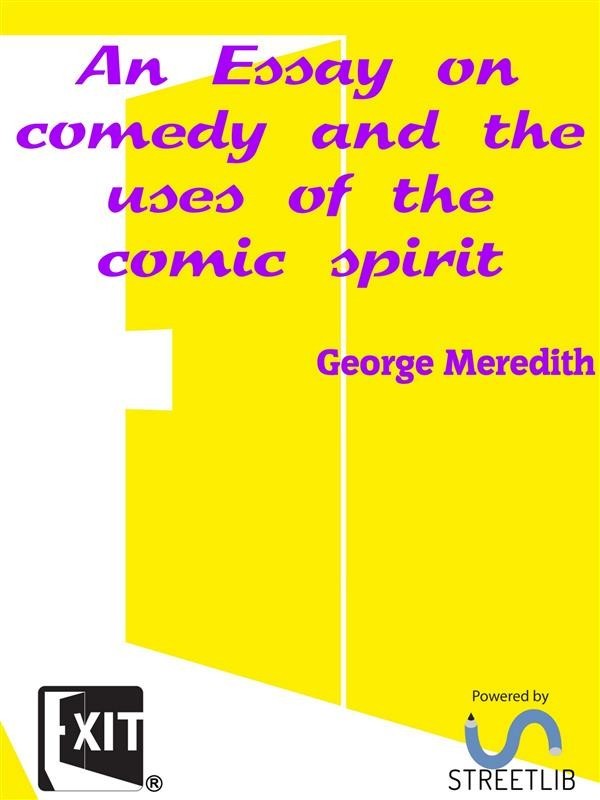 An Essay on comedy and the uses of the comic spirit

Good Comedies are such rare productions, that notwithstanding the wealth of our literature in the Comic element, it would not occupy us long to run over the English list.  If they are brought to the test I shall propose, very reputable Comedies will be found unworthy of their station, like the ladies of Arthur’s Court when they were reduced to the ordeal of the mantle.

There are plain reasons why the Comic poet is not a frequent apparition; and why the great Comic poet remains without a fellow.  A society of cultivated men and women is required, wherein ideas are current and the perceptions quick, that he may be supplied with matter and an audience.  The semi-barbarism of merely giddy communities, and feverish emotional periods, repel him; and also a state of marked social inequality of the sexes; nor can he whose business is to address the mind be understood where there is not a moderate degree of intellectual activity.

Moreover, to touch and kindle the mind through laughter, demands more than sprightliness, a most subtle delicacy.  That must be a natal gift in the Comic poet.  The substance he deals with will show him a startling exhibition of the dyer’s hand, if he is without it.  People are ready to surrender themselves to witty thumps on the back, breast, and sides; all except the head: and it is there that he aims.  He must be subtle to penetrate.  A corresponding acuteness must exist to welcome him.  The necessity for the two conditions will explain how it is that we count him during centuries in the singular number.

Then again, he is beset with foes to right and left, of a character unknown to the tragic and the lyric poet, or even to philosophers.

We have in this world men whom Rabelais would call agelasts; that is to say, non-laughers; men who are in that respect as dead bodies, which if you prick them do not bleed.  The old grey boulder-stone that has finished its peregrination from the rock to the valley, is as easily to be set rolling up again as these men laughing.  No collision of circumstances in our mortal career strikes a light for them.  It is but one step from being agelastic to misogelastic, and the μισοyελως, the laughter-hating, soon learns to dignify his dislike as an objection in morality.