The Man with a Secret 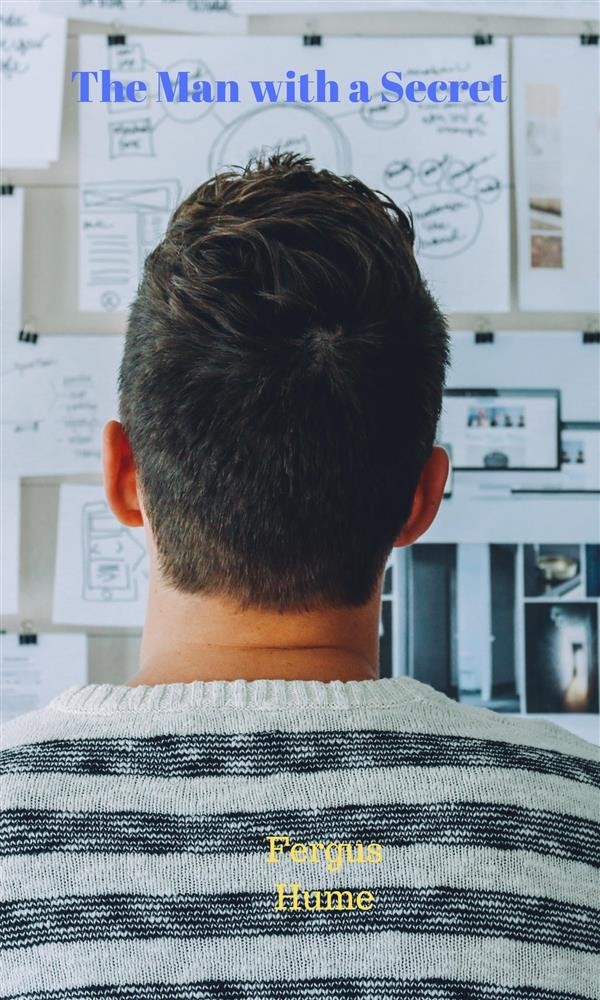 The Man with a Secret

THE MAN WITH A SECRET "With anxious dread have I avoided thee, Thou haunting evil of my early days, Yet by some trick of Fate we meet again; I pray thee, sir, let me go far away. And place the roaring seas between us twain, There is but sorrow in our comradeship." It was the high road to the village of Garsworth, wide, deeply rutted, and somewhat grass-grown, with a tall hedge of yellow-blossomed gorse on the one side, and on the other a ragged, broken fence, over which leaned a man absorbed in meditation, his eyes fixed upon the setting sun. The fence, rotten and moss-tufted, ran along the edge of a little hill, the slope of which had been lately reaped, and was now covered with bristly yellow stubble, variegated by bare-looking patches of brownish earth. At the bottom of the hill flowed the narrow river Gar, with its sluggish waters rolling lazily along between the low mud banks, bordered by rows of pollard willows and lush rank grasses which hid the burrows of the water-rats. Beyond, towards the distant hills, stretched the damp, melancholy fen-lands, with their long lines of slimy ditches, still pools of black water, and scattered clumps of stunted trees. Still further away appeared a scanty fringe of forest, above which could be seen the square, grey tower of a church, and over all glared an angry red sky barred with thin lines of heavy clouds, looming intensely black against the accentuating crimson light behind. An evil-looking scene it was, for over the brooding loneliness and desolation of the fen-lands flared the fierce scarlet of the sunset, turning the slender line of the river and the sombre pools of water to the tint of blood, as though they had been smitten with the Egyptian plague. FERGUS HUME Fergusson Wright Hume (8 July 1859 – 12 July 1932), known as Fergus Hume, was a prolific English novelist. Hume was born in England, the second son of James Hume. When he was three the family emigrated to Dunedin, New Zealand, where he was educated at Otago Boys' High School and studied law at the University of Otago. He was admitted to the New Zealand bar in 1885. Shortly after graduation Hume relocated to Melbourne, Australia, where he obtained a job as a barristers' clerk. He began writing plays, but found it impossible to persuade the managers of Melbourne theatres to accept or even to read them. Finding that the novels of Émile Gaboriau were then very popular in Melbourne, Hume obtained and read a set of them and determined to write a novel of the same kind. The result was The Mystery of a Hansom Cab, set in Melbourne, with descriptions of poor urban life based on his knowledge of Little Bourke Street. It was self-published in 1886 and became a great success. Because he sold the British and American rights for 50 pounds, however, he reaped little of the potential financial benefit. It became the best-selling mystery novel of the Victorian era; in 1990 John Sutherland called it the "most sensationally popular crime and detective novel of the century". This novel inspired Arthur Conan Doyle to write A Study in Scarlet, which introduced the fictional consulting detective Sherlock Holmes. Doyle remarked, "Hansom Cab was a slight tale, mostly sold by 'puffing'." After the success of his first novel and the publication of another, Professor Brankel's Secret (c.?1886), Hume returned to England in 1888. He resided in London for a few years and then moved to the Essex countryside where he lived in Thundersley for 30 years. Eventually he produced more than 100 novels and short stories.