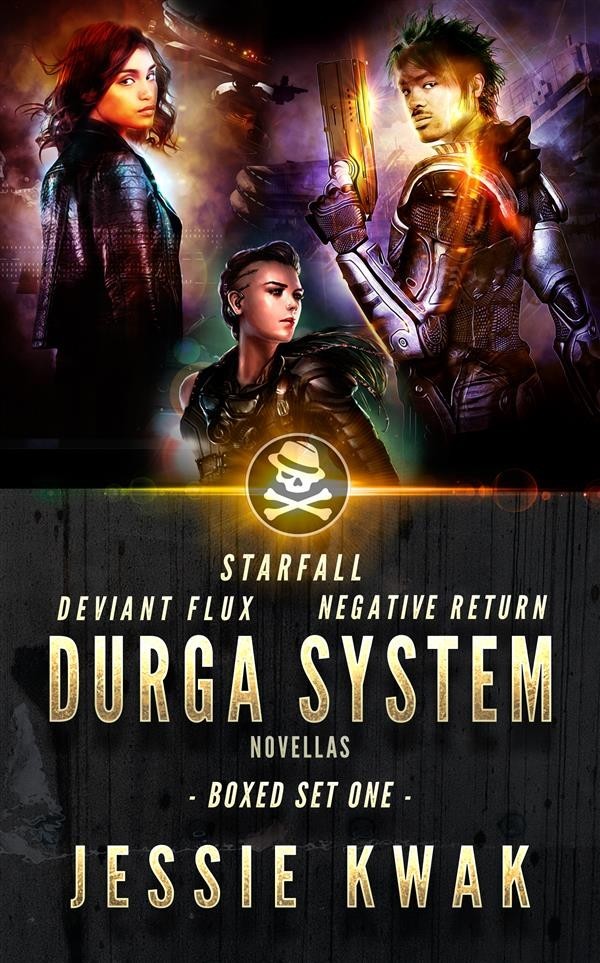 Jail breaks, heists, and hostile takeovers — they’re ready for it all.

Join this crew of motley, unforgettable characters in the Durga System, a world where every adventure requires quick wits and quicker draws.

STARFALL: Starla Dusai is fifteen, deaf — and being held as an enemy combatant by the Indiran Alliance. Willem Jaantzen is a notorious crime lord about to end a fearsome vendetta — and most probably his life. When he learns his goddaughter has been captured by the Alliance, he understands he's her only hope. But saving a girl he barely knows means letting his wife's murderer walk free, and making compromises he’s not sure he can make.

NEGATIVE RETURN: Manu Juric's quick wit and knack for creating unexpected explosions has taken him a long way in the hit man business. At least, until he signs on to a job that might just be out of his league: taking out one of Bulari’s most notorious crime lords, Willem Jaantzen. After the first attempt is horribly botched, Manu realizes he’s in over his head. And the one man he needs to trust the most is the one he’s been contracted to kill.

DEVIANT FLUX: When Starla Dusai receives a tip that her beloved cousin Mona is alive and well on an astroid station out in Durga’s Belt, she drops everything to find her. Thrust into an unfamiliar world of crime cartels and union politics, Starla soon realizes Mona is caught up in a dangerous plot — and that saving her might just mean giving up the new family she’s come to love. If it doesn’t get them both killed first.

Welcome to Jessie Kwak’s Durga System series, a fast-paced series of gangster sci-fi stories set in a far-future world where humans may have left their home planet to populate the stars, but they haven’t managed to leave behind their vices. And that’s very good for business.

Buy this book and immerse yourself in the gloriously seedy underbelly of the Durga System today.