Knocked Up And Birthing 5-Pack Vol 1 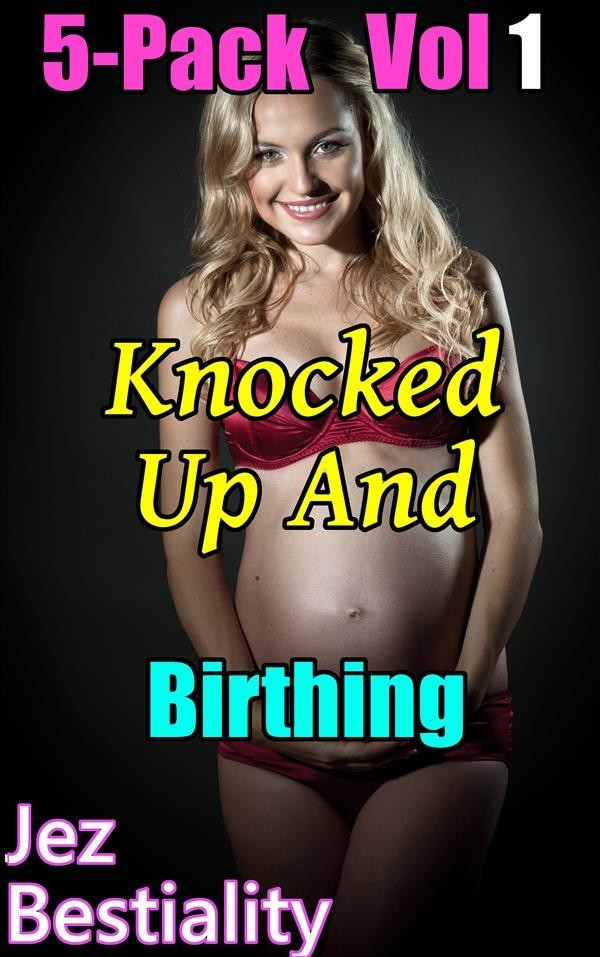 Knocked Up And Birthing 5-Pack Vol 1

All animals are fair game!

I was baby crazy. Now that I was 18, I wanted my own baby so bad I’d do anything. So when my best friend, Susan, found a magical elixir that would let me fulfill my motherly dreams, I jumped at the chance.

Even if the father would be my large black-and-tan German Shepherd, Max.

*** This is a good, hard, filthy dog-fucking story with birthing elements at the end. Enjoy!

* Birthing My Very Own Foal

I always knew I wanted babies. But it wasn’t until Pury, my sleek black Arabian Stallion took me and bred me like his own mare did I want a foal. How in the world was I going to carry and birth a 100-pound horse?

What would it be like to give birth to puppies? I’d always wondered. Of course this was a forbidden thought as even if I could have a belly full of fur-babies, I’d have to…you know, with a dog.

It wasn’t until my best friend showed me a secret website, buried deep in the dark web did that impossible fantasy suddenly become a forbidden reality.

But first, I’d have to…fornicate with a dog.

* Raped By The Stray & Forced To Carry His Pups

Raped by a vicious Rottweiler while walking my dog, the stray beast forced me to perform sick, vile acts on him. I thought I was dead. When he was finally through with me, I wished I was.

But one thing kept me alive. One thing and one thing only: I was carrying his pups. Innocent little pups who deserved a shot at life. They needed me as much as I needed them.

I had to keep going - for them.

I was crazy. No, seriously, breaking into a zoo and dousing myself with lady tiger pheromones to entice a 500-pound death machine to ram his barbed cock in me? I had to be insane.

But I wanted tiger cubs so bad. There was nothing in this world that I wanted more than a bundle of fur-babies. I was so baby-crazy that I was willing to risk my very life for them.

With my bottle of lady tiger pheromones clutched tightly in my palm, I wandered around the zoo, pretending to look at all the animals. My heart drummed in my chest as I tried not to think too hard about what I was doing. What was I doing? Why, getting myself knocked up with tiger cubs, of course. I just needed to wait until the zoo had closed before I could slip into the majestic Bengal's enclosure.

Between the pheromones and the black market cross-species fertility drug, there was a 99% chance that if I could get close enough to a tiger - and live - I could get preggers with some baby tigers.?

Yeah, I was nuts. But I wanted babies - bad. Like, real bad. But not human babies, I wanted kittens. Big, furry, fluffy kittens. The kind with paws as big as my face. Why? Well, I already said I was nuts. What more reason did I need? Actually, though, I've always had a fascination with big cats - specifically the tiger variety.

I subconsciously rubbed my belly as I watched the large, majestic beast pace back and forth in the cage. I knew he could smell the pheromones. I could even see his large cock poke out of its sheathe. My ovaries ached just looking at him. He was SO handsome. His vivid black stripes stood starkly against his orange fur. My pussy contracted as I'd already taken the special fertility pill and was now at peak ovulation. My body was primed. My hormones raced and the mere thought of his delicious cock driven deep in my pussy caused tremors to race through me.