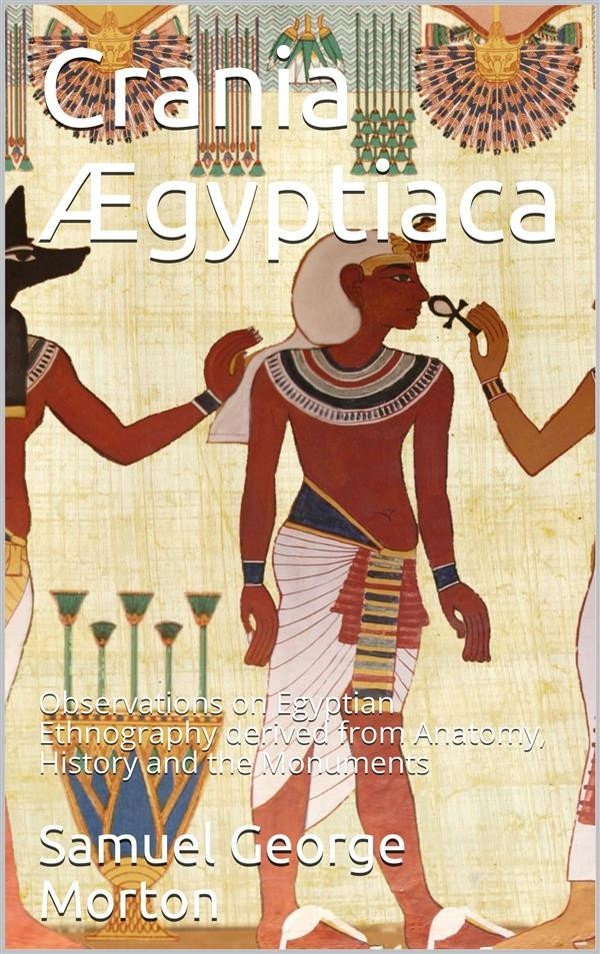 Egypt is justly regarded as the parent of civilization, the cradle of the arts, the land of mystery. Her monuments excite our wonder, and her history confounds chronology; and the very people who thronged her cities would be unknown to us, were it not for those vast sepulchres whence the dead have arisen, as it were, to bear witness for themselves and their country. Yet even now, the physical characteristics of the ancient Egyptians are regarded with singular diversity of opinion by the learned, who variously refer them to the Jews, Arabs, Hindoos, Nubians, and Negroes. Even the details of organic structure have been involved in the same uncertainty,—the configuration of the head, the position of the ear, the form of the teeth, the colour of the skin, and the texture of the hair; while the great question is itself undetermined—whether civilization ascended or descended the Nile;—whether it had its origin in Egypt or in Ethiopia. These conflicting opinions long since made me desirous to investigate the subject for myself; but the many difficulties in the way of obtaining adequate materials, compelled me to suspend the inquiry; and it is only within a recent period that I have been able effectively to resume it. It gives me great pleasure to state, that my present facilities have been almost exclusively derived, directly or indirectly, from the scientific zeal and personal friendship of George R. Gliddon, Esq., late United States consul for the city of Cairo. During a former visit to the United States, this gentleman entered warmly into my views and wishes; and on his return to the East, in 1838, he commenced his researches on my behalf; and in the course of his various travels in Egypt and in Nubia, as far as the second Cataract, he procured one hundred and thirty-seven human crania, of which one hundred pertain to the ancient inhabitants of Egypt. Of these last, seventeen were most obligingly sent me, at the instance of Mr. Gliddon, by M. Clot Bey, the distinguished Surgeon in chief to the Viceroy of Egypt. They are arranged by the latter gentleman into two series, the Pharaonic, and the Ptolemaic; but without availing myself of this classification, I have merely regarded them in reference to their national characters.