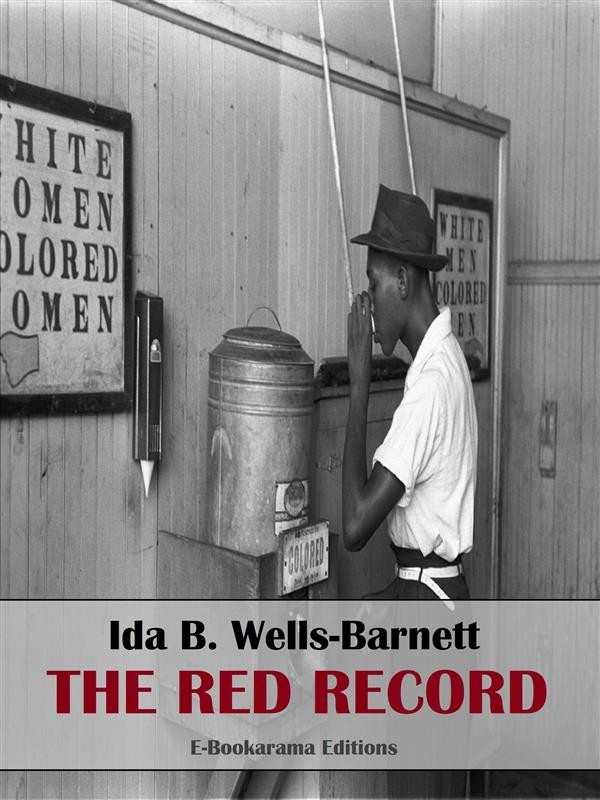 "The Red Record" is a pamphlet compiled by Ida B. Wells-Barnett in 1892, which recounts the three eras of atrocity in the South of the United States and gives the excuses that the Whites gave for each of these three eras.
The article details the struggles that Black people underwent after their Emancipation from 200 years of slavery. The central idea behind the research is to reveal the level of mistreatment and racism during this period and to reveal the reasons behind these injustices; the Whites viewed Blacks as inferior and were afraid that they would increase in number and thus dominate them. The article also details the lynching that occurred during this period without the due legal trials and procedures. White people simply took the law into their won hands, while the authorities condoned it. The author also states that during slavery, Black people were made to submit to the Whites and were treated in a cruelly, but were never lynched because the slaves body belonged to his master, hence by lynching the slave the master would be bringing a loss upon himself. Blacks would be lynched for any crimes; major or minor, proven or suspected. For instance, the Whites would lynch a man for wife-beating, insulting whites, self-defence and many other unrelated crimes.