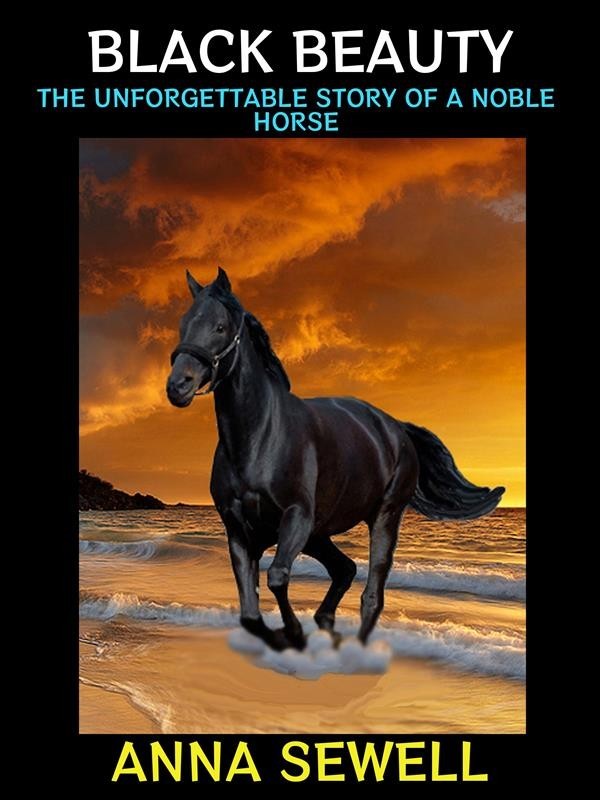 Black Beauty by Anna Sewell. Black Beauty is an 1877 novel by English author Anna Sewell. It was composed in the last years of her life, during which she remained in her house as an invalid. The novel became an immediate best-seller, with Sewell dying just five months after its publication, but having lived long enough to see her only novel become a success. With fifty million copies sold, Black Beauty is one of the best-selling books of all time. The story is narrated in the first person as an autobiographical memoir told by the titular horse named Black Beauty—beginning with his carefree days as a colt on an English farm with his mother, to his difficult life pulling cabs in London, to his happy retirement in the country. Along the way, he meets with many hardships and recounts many tales of cruelty and kindness. Each short chapter recounts an incident in Black Beauty's life containing a lesson or moral typically related to the kindness, sympathy, and understanding treatment of horses.