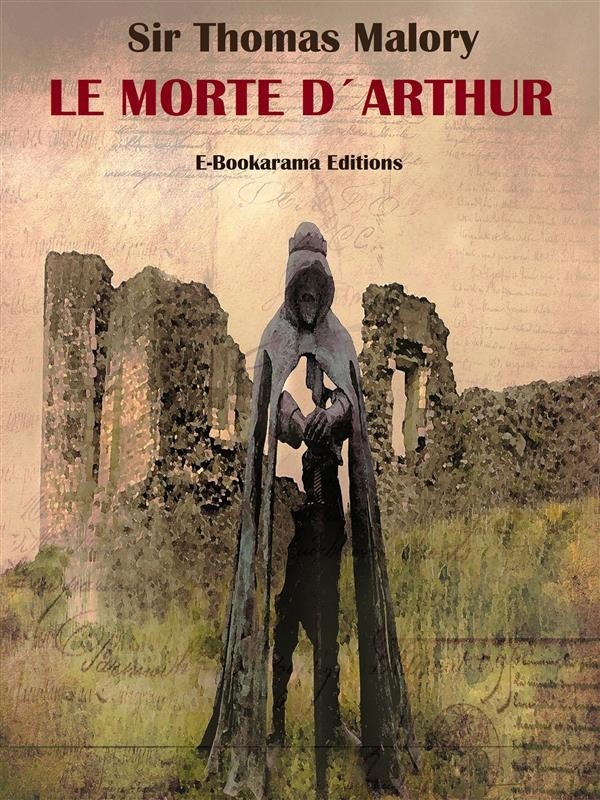 The legend of King Arthur can be found in English stories and folktales as early as the sixth century. The greatest and most complete version, however, did not appear until the fifteenth century (1485), with Sir Thomas Malory's "Le Morte d'Arthur". To create the epic tale, Malory drew from many sources, most notably thirteenth-century French prose romances. He supplemented these French sources with English Arthurian materials.
Malory's sources, dating from 1225-1230, are largely a selection of courtly romances about Launcelot. These stories purport to be historical accounts of King Arthur and his knights and of their quest for the Holy Grail. In addition to the French sources, Malory added material from a fourteenth century English alliterative poem, the Morte Arthur. Although it is probable that a real Arthur did exist (it is a common name), there is little actual historical basis for the stories, which are largely legend and folklore. Many scholars have attempted to prove the veracity of the work, but the attraction of Malory's work has always been the text itself, with its emphasis on courtly love, honour, virtue and devotion, magic and miracles. "Le Morte d'Arthur" was immediately popular with readers and critics and has remained so.

The authorship of "Le Morte d’ Arthur" is controversial, because more than one “Thomas Malory” exists who could have written the work. Many believe the author was most probably the unusual Sir Thomas Malory of Newbold Revel. It was during his imprisonment that Malory composed, translated, and adapted his great rendering of the Arthurian material.

"Le Morte d’Arthur" tells the story of King Arthur and the Knights of the Round Table. The tale begins with Arthur’s birth, his education, and his rise to the throne. It also recounts the tragic love story of Sir Lancelot and Guinevere, the destruction of the Round Table and Arthur’s mysterious disappearance or death.