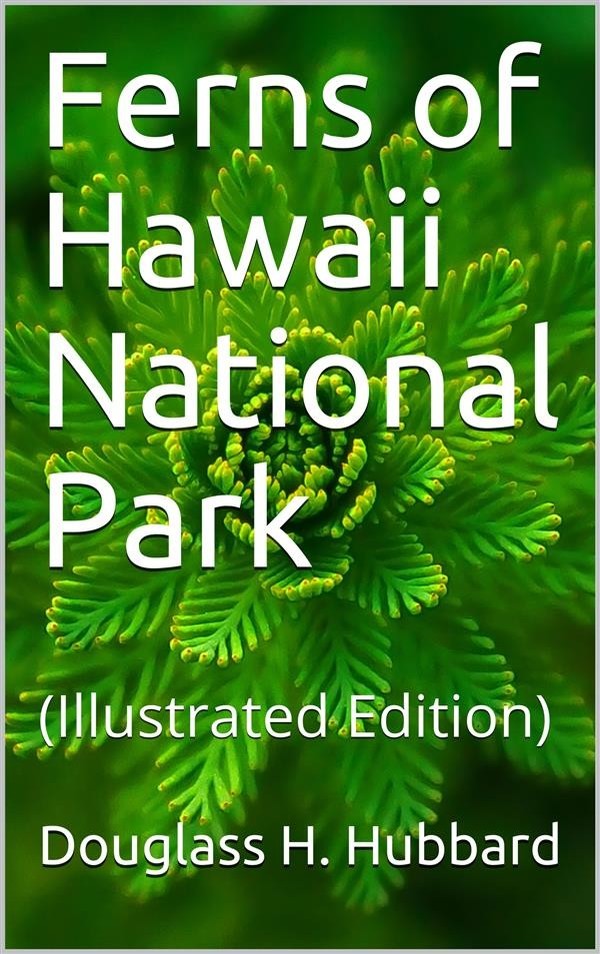 
Ferns are among the most interesting plants in the plant world. Varieties in Hawaii range from dainty filmy ferns less than one inch in length to stately tree ferns over 40 feet high, and inhabit areas varying from dry, barren lava flows to impenetrable rain jungles.

More primitive than flowering plants, ferns reproduce by means of small, dust-like bodies called spores. These spores are often carried in the air, and are so lightweight that they can be blown for thousands of miles by winds. The ferns of Hawaii, or their ancestors, apparently reached these islands with the help of winds, except for those introduced recently by man.

This booklet is not intended to be a comprehensive treatment of all the ferns—some 70 species—which have been found to date in Hawaii National Park. Rather it is an illustrated guide to the more abundant species which may be seen by the visitor without wandering far from the beaten path. Abundance has been used as the basis for arrangement, instead of scientific classification, and illustrations take the place of technical descriptions. The more serious observers are referred to the selected bibliography near the end of this publication.

Some disagreement exists today among botanists as to the proper scientific names for certain Hawaiian plant species, and many ferns have been undergoing reclassification. For this reason all of the scientific names that could be found for the various ferns in this booklet have been listed on pages 37, 38 and 39.

A brief code has been included to indicate the type of habitat in which the ferns normally may be found: D=dry, M=moist, D&M=dry and moist. Numbers in bold-face type are used for that particular fern throughout the publication. The page numbers refer to the location of the text and the scientific name for that species.

One inch squares are used for background scale in many of the illustrations.

All photographs are by the author unless otherwise credited.