An ethical philosophy of life presented in its main outlines 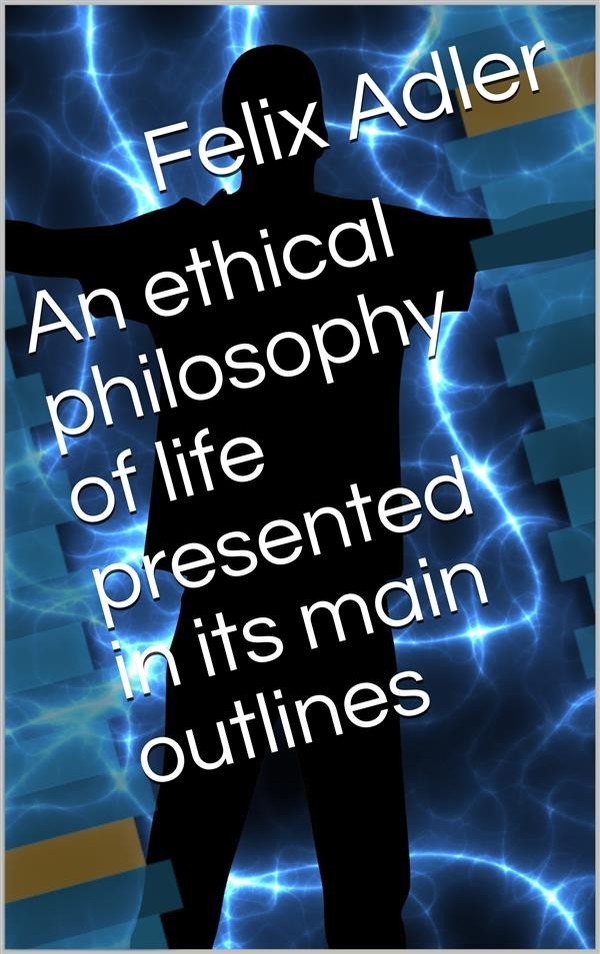 An ethical philosophy of life presented in its main outlines

It is a great hope that some of the readers of this book may find the general world-view expounded congenial, and for them also real and true. It is believed that others may find the practical suggestions as to the conduct of life in which the theory issues helpful in part, if not in whole, as many of us accept from the teachings of the Stoics, or of other thinkers, practical precepts, without on that account adopting the philosophy from which these precepts are derived.

The book is divided into four parts: the first an autobiographical introduction describing the various stations on the road by which the author arrived at his present position, and offering incidental appreciations and appraisements of the Hebrew religion, of Emerson, of the ethics of the Gospels, of Socialism and of other social reform movements.

The third part contains the applications of the theory to the more strictly personal life, under the captions of the Three Shadows of Sickness, Sorrow and Sin, and also to the principal so-called Rights to Life, Property, Reputation.

The fourth part applies the theory to the social institutions, to the Family, the Vocation, the State, the International Society, and the Church, these institutions being considered as an expanding series through which the individual is to pass on his pilgrimage in the direction of the supreme spiritual end.

The principal problems considered are:

1. How to establish the fundamental ethical dictum that every human being ought to count, and is intrinsically worth while. This dictum has been denied by many of the greatest thinkers, who assert the intrinsic inferiority of some men, the intrinsic superiority of others. The practice of the world also runs most distinctly contrary to it. How then is it to be validated?

2. The problem of how to attach a precise meaning to the term “spiritual,” thereby divesting it of the flavor of sentimentality and vagueness that attaches to it.

3. How to link up the world’s activities in science, art, politics, business, to the supreme ethical end.

4. How to lay foundations whereon to erect the conviction that there verily is a supersensible reality.

For the repetitions that occur throughout the volume indulgence is requested. In presenting an unfamiliar system of thought they may sometimes assist the reader in retaining the thread.

The work is conceived as a whole, and should be read through before any part of it is more minutely examined. The theory of Part II especially should be read in the light of the applications submitted in Parts III and IV.

Contents
Preface -- Autobiographical introduction -- Philosophical theory -- Applications: the three shadows, sickness, sorrow and sin, and the right to life, property and reputation -- Applications: the ethics of the family, the state, the international relations, etc. -- Appendix: Spiritual self-discipline. The exercise of force in the interest of freedom.