A Brief History of the Worshipful Company of Ironmongers / London A.D. 1351-1889, with an Appendix Containing Some Account of th 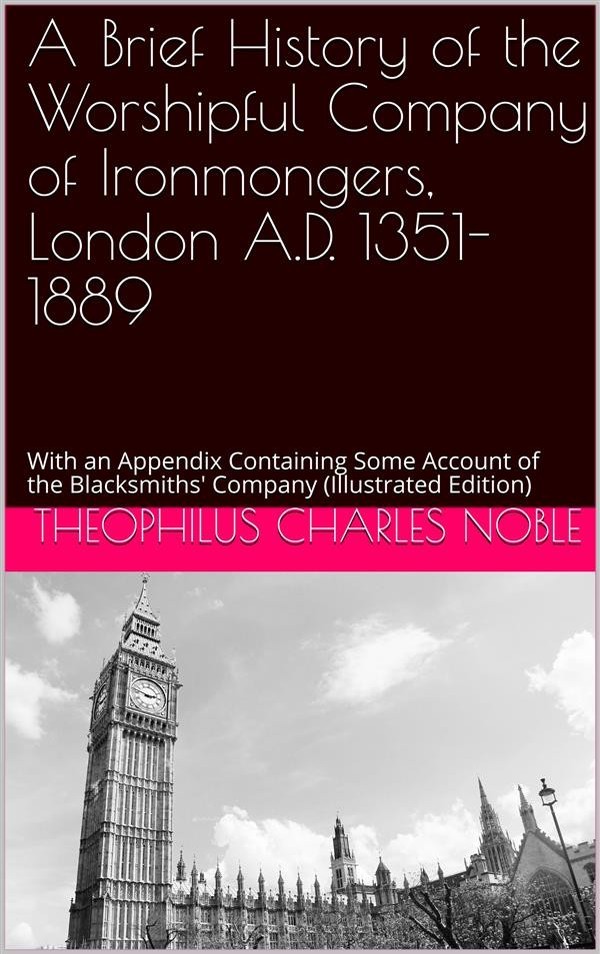 A Brief History of the Worshipful Company of Ironmongers / London A.D. 1351-1889, with an Appendix Containing Some Account of th

To my brother Ironmongers, “root and branch,” I dedicate this “brief history” of our ancient Guild. Notwithstanding the innumerable facts printed in the following pages, the work must only be considered as an historical essay upon the tenth of the twelve “great” Livery Companies of the City of London. A more elaborate compilation is in progress, and if my life is spared to complete it that work will contain the labour of love collections during the past quarter of a century of an extensive—I may say unique—assortment of manuscripts and other papers relating to the City, its Companies, and its Institutions, which will prove, I have every reason to believe, a most interesting and valuable civic record.

The present publication has taken place now for several reasons, some of which I may as well explain. Before J. P. Malcolm printed the interesting extracts from the Ironmongers’ records in the second volume of his “Londinium Redivivum,” 1803, very little was known by the general public about this ancient City Guild. He was followed by William Herbert, the Guildhall Librarian, in 1834-36, who published a “History of the Twelve Great Livery Companies,” with a most valuable introductory essay. Both of these works are now scarce. In 1851 John Nicholl, Esq, F.S.A., a Member of the Court of the Ironmongers’ Company, compiled his “Some Account” of the Guild, taken from their own records, and this choice volume he enlarged and printed in 1866. There were, however, only 150 copies circulated among the Livery and their friends, consequently this history is more scarce than those issued by Malcolm and Herbert.