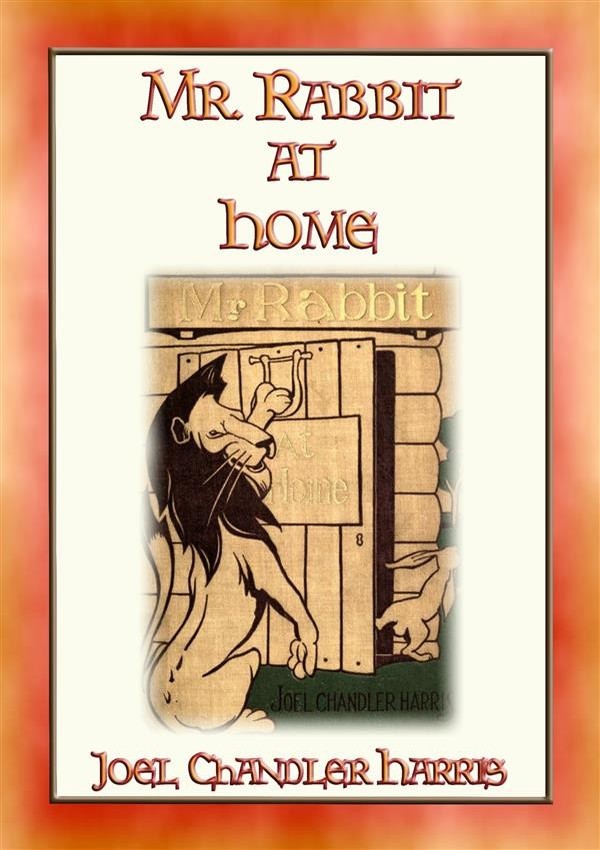 MR. RABBIT AT HOME contains 24 stories and tales of Mr Rabbit, Blue Hen, Brother Wolf, Brother Lion, Mr. Thimblefinger, Chickamy Crany Crow, Sweet Susan, Woog and Weeze, Uncle Rain, Brother Drouth and so many more wonderfully enchanting characters woven together in a tapestry of America’s old South.
There are also 25 full page pen-and-ink drawings by Oliver Herford sprinkled throughout which bring the stories to life.
Some of the stories in this volume are:

Mr Rabbit At Home was written by Joel Chandler Harris in 1895, a full twelve years before he penned the tales of Uncle Remus and Brer Rabbit. It could be said, therefore, that Mr Rabbit at Home was the book which sparked the idea for the consequent Brer Rabbit character and books.
Just as the Brer Rabbit books are entertaining, so is Mr Rabbit at Home. Don’t be surprised that when you finish reading one of the many wonderful stories from this book, that you feel a tug at your sleeve with a coy request of “’nuther pleaaaaase?”
Joel Chandler Harris was born in Eatonton, Ga., on December 9, 1848. Deserted by his father at an early age, Harris dropped out of school and began working as a literary apprentice to help his mother make ends meet. Soon after, he was writing humorous pieces for several Georgia newspapers and in 1876, Harris joined the Staff of the Atlanta Constitution as an editor. Harris is best remembered for writing the Uncle Remus stories. Based on traditional African tales and folklore, the stories feature animal characters, such as Brer Rabbit and Brer Fox, who are endowed with human characteristics. Some of the Uncle Remus titles include Uncle Remus: His Songs and Sayings, Night with Uncle Remus, Uncle Remus and His Friends, and Uncle Remus and the Little Boy. After his death on July 3, 1908, Harris's home in Atlanta's West End was preserved as a museum called Wren's Nest. The museum got its name from a family of wrens that were found nesting in Harris's rickety old wooden mailbox.