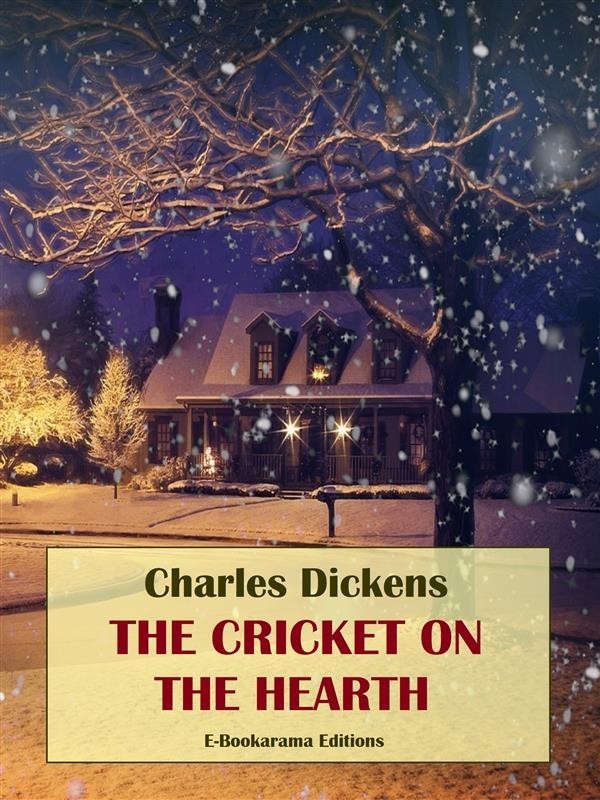 "The Cricket on the Hearth" is yet another Christmas novel of Charles Dickens which was published in 1845 by Bradbury and Evans. This novel has had many criticisms yet, was chosen for many plays across Britain and America and was also the basics for at least two operas.
Like “A Christmas Carol,” it is a somewhat moralistic little tale—but unlike “A Christmas Carol,” it is a love story. Its moral is that true love requires no reasons or justifications, and indeed, nothing can either explain or justify it; its strength lies in its very inscrutability.

This novel relates about John Peerybingle, a carrier, who lives with his wife Dot (who is much younger than he), their baby, their nanny Tilly Slowboy, and a mysterious lodger. A cricket constantly chirps on the hearth and acts as a guardian angel to the family, at one point assuming a human voice to warn John that his suspicions that Dot is having an affair with the lodger are wrong.

The life of the Peerybingles frequently intersects with that of Caleb Plummer, a poor toymaker employed by the miser Mr. Tackleton. Caleb has a blind daughter Bertha and a son Edward, who travelled to South America and seemingly never returned. Tackleton is now on the eve of marrying Edward's sweetheart, May.

In the end, the lodger is revealed to be none other than Edward. Tackleton's heart is melted by the Christmas season, like Ebeneezer Scrooge, and surrenders May to marry her true love. It is suggested ambiguously that Bertha regains her sight at the end.