Identification of the Larger Fungi 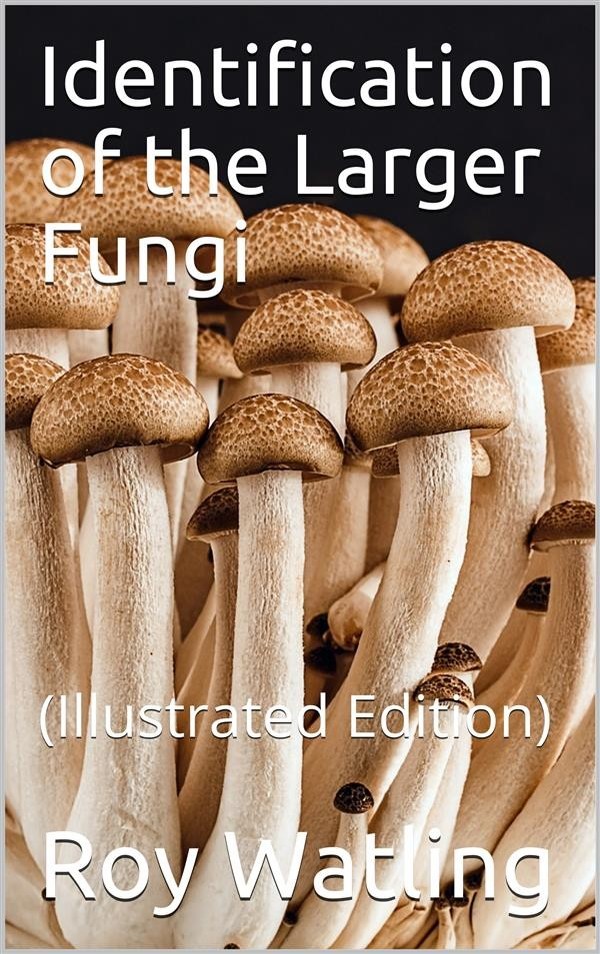 Identification of the Larger Fungi

Roy Watling MBE, PhD., DSc, FRSE, F.I.Biol., C.Biol., FLS (born 1938) is a Scottish mycologist who has made significant contributions to the study of fungi both in identification of new species and correct taxonomic placement, as well as in fungal ecology.

This is one of a series of books intended to introduce field-biology to students, particularly the sixth form and early university student. The present work is ecologically biased in order to emphasise a rather neglected aspect of the higher fungi.

Few books on fungi have ever been designed for students. This book is aimed primarily at this level, but if the interested amateur is assisted and encouraged by this same text my hopes will have been doubly achieved. Many amateurs interested in higher fungi wish only to name their collections, or know approximately what they are before sampling them as an addition to their diet. An understanding of our commoner species at an early age will allow the ‘budding’ mycologist to tackle the much needed study of the more critical forms. Mycology is still at a descriptive stage, but it is hoped this will soon be changed and fungi of all kinds will be studied as part and parcel of courses in ecology.

It is of course quite impossible to cover all the species in such a small volume as this present one, but it is hoped that the examples which have been carefully chosen are sufficiently common throughout the country for any student to collect them in a single season. The examples, except for very few, in fact appear in the list of higher fungi found about the Kindrogan Field Centre, Perthshire, Scotland, compiled from the collections made by students attending my field course there.

The present work is arranged in three parts: the agarics are dealt with first, the non-agarics next, both with particular reference to their major habitat preferences, and lastly a catalogue of those more specialised habitats which are frequently encountered. All parts are supported at the end by lists in tabular form of those species expected to be found in any one habitat. Keys to the major groups, families and genera, are included to widen the scope of the book and place the examples chosen and illustrated in the text in their position in classification.

In the description the synonymy has been very severely pruned and only covers the commonly seen names; they are included as part of the general information under each species. In order for the student to expand unfamiliar names a list of references is added at the end of the work. The common names of the fungi, whenever possible, have been adopted from a list produced by Dr Large, the author of The Advance of the Fungi, an exciting tale of fungal parasites. The authorities for the names of the fungi described have been reduced to accord with the minimum requirements set out by the Code of Botanical Nomenclature. After each description a list of references to coloured plates is given and while some of these illustrations are not of the highest quality they are adequate, and, more important, they are widely available. Any technical terms appearing in the description are explained in the glossary, although they have been kept to a minimum; the difficulty of expressing colours has been overcome by consistently referring to one colour chart only, (a chart designed originally for the use of mycologists and available from Her Majesty’s Stationery Office).