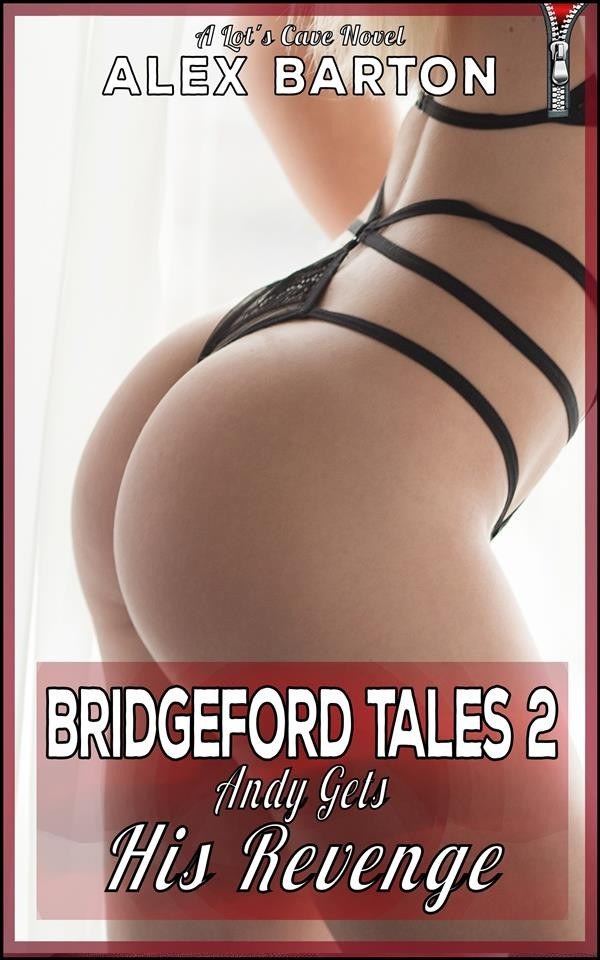 DESCRIPTION:
In the sleepy English village of Bridgeford, incest, sodomy and bestiality are all part of the everyday way of life. Andy Brock, humiliated by Ian Winston in Part 1, is looking for a way to get his revenge and finds it… Ian Winston, who insisted Pepper agree to be faithful, succumbs to the charms of his secretary Carol… And veterinary Nigel Frampton takes caring for animals very literally indeed!


EXCERPT:
Carol stood up and followed her boss who walked round behind his desk. She looked down and saw a tiny silver chain, about eighteen inches long, with two tiny crocodile clips at either end. She put her notepad down on Ian’s desk and began to unbutton her blouse until she reached the waistband of her miniskirt. Her eyes met Ian’s as she pulled the front of her blouse open to reveal her full heavy breasts, tanned golden brown from going topless during a recent holiday in the Canary Islands.

She reached down and picked up the chain, aware Ian was watching her every move. Holding it in one hand, she pinched her left nipple between her thumb and middle finger, making it stand up hard with her arousal. Carol opened the clip and winced when the teeth closed on the pink tip, biting in. Then she did the same to the other one.

Her breasts, linked now, rose and fell rapidly as she reached down and took hold of the hem of her skirt, pulling it up until the material was bunched round her waist. She was not wearing panties and her mons was shaved perfectly smooth, a little trickle of her cream running down the inside of her thigh.

Carol sat in the visitor’s chair and opened her legs.

“I’m ready, sir,” she murmured, keeping her eyes down as she reached under herself to pull the cheeks of her ass open, displaying her erect clit standing proud of its hood, the moist pink inner surfaces of her pussy and the tiny bud of her asshole, dark pink between her tanned buttocks. Ian could see her anus glistened with lube which meant either her husband had fucked her ass already that morning or she had prepared herself before leaving for work. Either way he was pleased.