Seventeen / A Tale of Youth and Summer Time and the Baxter Family, Especially William 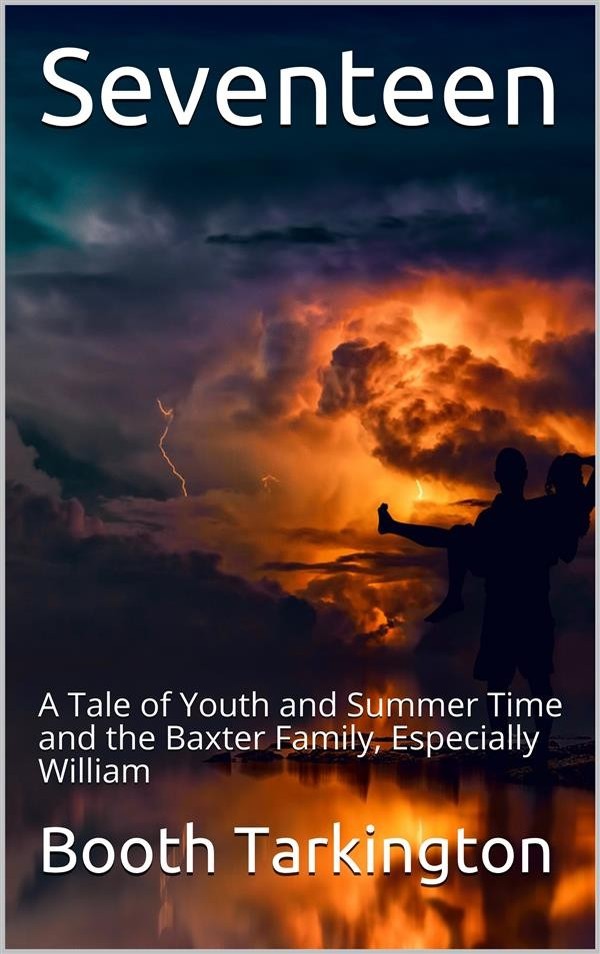 Seventeen / A Tale of Youth and Summer Time and the Baxter Family, Especially William

Seventeen: A Tale of Youth and Summer Time and the Baxter Family Especially William is a humorous novel by Booth Tarkington that gently satirizes first love, in the person of a callow 17-year-old, William Sylvanus Baxter. Seventeen takes place in a small city in the Midwestern United States shortly before World War I. It was published as sketches in the Metropolitan Magazine in 1914, and collected in a single volume in 1916, when it was the bestselling novel in the United States.

The middle-class Baxter family enjoys a comfortable and placid life until the summer when their neighbors, the Parcher family, play host to an out-of-town visitor, Lola Pratt. An aspiring actress, Lola is a "howling belle of eighteen" who talks baby-talk "even at breakfast" and holds the center of attention wherever she goes. She instantly captivates William with her beauty, her flirtatious manner, and her ever-present prop, a tiny white lap dog, Flopit. William is sure he has found True Love at Last. Like the other youths of his circle, he spends the summer pursuing Lola at picnics, dances and evening parties, inadvertently making himself obnoxious to his family and friends. They, in turn, constantly embarrass and humiliate him as they do not share his exalted opinion of his "babytalk lady".

William steals his father’s dress-suit and wears it to court Lola in the evenings at the home of the soon-regretful Parcher family. As his lovestruck condition progresses, he writes a bad love poem to "Milady", hoards dead flowers Lola has touched, and develops, his family feels, a peculiar interest in beards and child marriages among the 'Hindoos'. To William's constant irritation, his ten-year-old sister Jane and the Baxters' Negro handyman, Genesis, persist in treating him as an equal instead of the serious-minded grown-up he now believes himself to be. His parents mostly smile tolerantly at William’s lovelorn condition, and hope he will survive it to become a responsible, mature adult.

After a summer that William is sure has changed his life forever, Lola leaves town on the train. The book concludes with a Maeterlinck-inspired flash-forward, showing that William has indeed survived the trials of adolescence.