Ships & Ways of Other Days 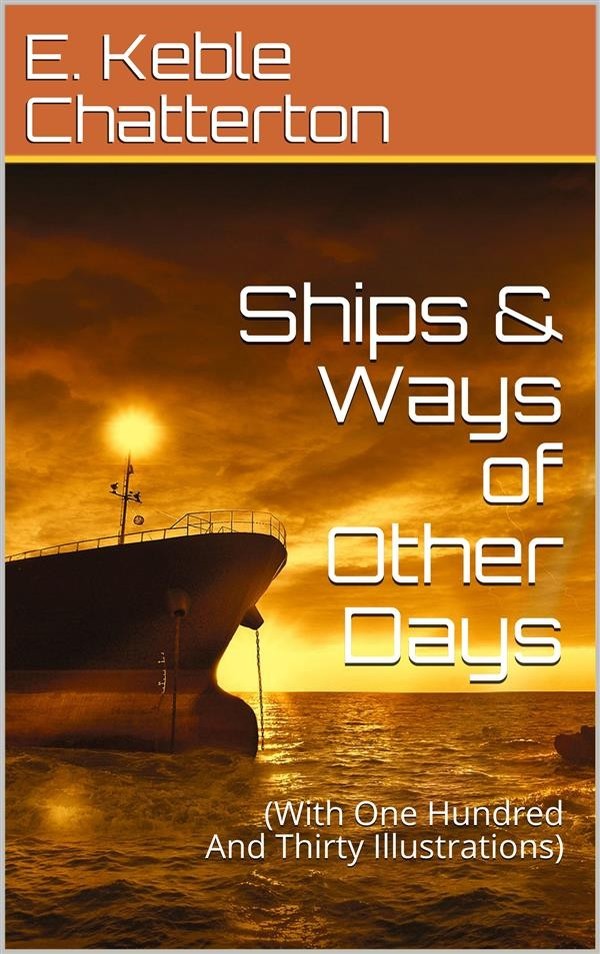 Ships & Ways of Other Days

In “Sailing Ships and their Story” I endeavoured to trace the evolution of the ship from the very earliest times of which we possess any historical data at all down to the canvas-setting craft of to-day. In “Fore and Aft” I confined myself exclusively to vessels which are rigged fore-and-aftwise, and attempted to show the causes and modifications of that rig which has served coasters, pilots, fishermen, and yachtsmen for so many generations.

But, now that we have watched so closely the progress of the sailing ship herself, noting the different stages which exist between the first dug-out and the present-day full-rigged ship or the superb racing yacht, we can turn aside to consider chronologically what is perhaps the most fascinating aspect of all. On the assumption that activity is for the most part more interesting as a study than repose, that human activity is the most of all deserving in its ability to attract, and that from our modern standpoint of knowledge and attainment we are able to look with sympathetic eyes on the efforts and even the mistakes of our forefathers on the sea, we shall be afforded in the following pages a study of singular charm.

For, if you will, we are to consider not why the dug-out became in time an ocean carrier, but rather how men managed to build, launch, equip, and fit out different craft in all ages. We shall see the vessels on the shipyards rising higher and higher as they approach completion, until the day comes for them to be sent down into the water. We shall see royalty visiting the yards and the anxious look on the shipwright’s face lest the launching should prove a failure, lest all his carefully wrought plans should after months of work prove of naught. We shall see the ships, at last afloat, having their masts stepped and their rigging set-up, their inventory completed, and then finally, we shall watch them for the first time spread sail, bid farewell to the harbour, and set forth on their long voyages to wage war or to discover, to open up trade routes or to fight a Crusade. And then, when once they have cleared from the shelter of the haven we are free to watch not merely the ship, but the ways of ship and men. We are anxious to note carefully how they handled these various craft in the centuries of history; how they steered them, how they furled and set sail, how these ships behaved in a storm, how they fought the ships of other nations and pirates, how they made their landfalls with such surprising accuracy. As, for instance, seeing that the Norsemen had neither compass nor sextant, by what means were they able in their open ships to sail across the Atlantic and make America? In short, we shall apply ourselves to watching the evolution of seamanship, navigation, and naval strategy down the ages of time.