Virginia Dare: A Romance of the Sixteenth Century

E. A. B. Shackleford 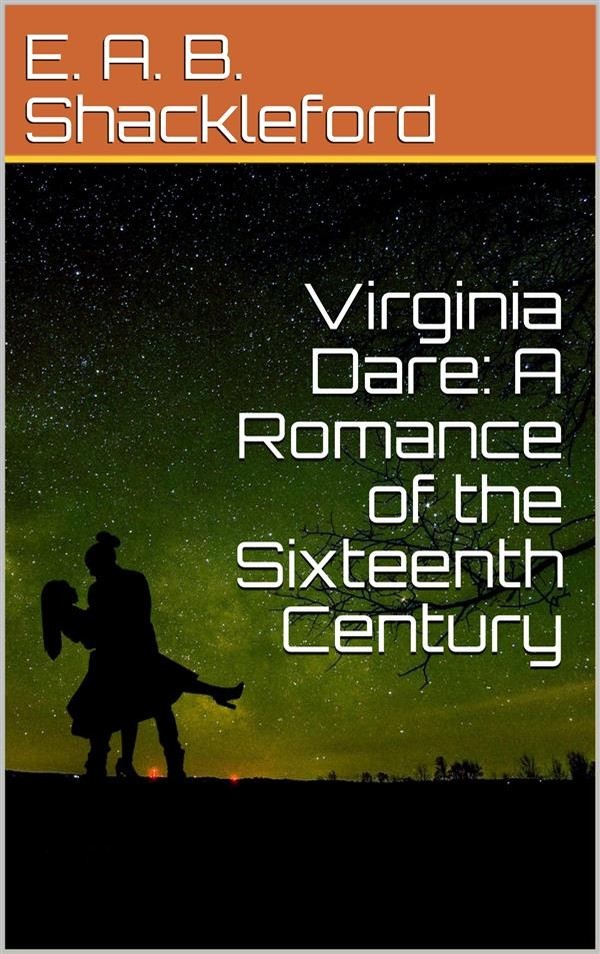 Virginia Dare: A Romance of the Sixteenth Century

E. A. B. Shackleford

The author would like to remind the readers of the romance of Virginia Dare, that if they go back in memory to their schooldays, and the details of their American history, they will remember that Governor White sailed for England from Roanoke on the 28th of August, 1587, leaving behind him his daughter, and her child who had been born ten days before; that he was unable to return immediately, owing to war with Spain, and when after the lapse of the three years he did return, he found the island of Roanoke deserted, and a palisade built, as if there had been a fight with the Indians. He found no cross, as he had directed them to put one if they were in trouble, over the name of the place to which they had removed. But he found on one tree the first three letters of the word “Croatoan,” and on another the entire word. They attempted to find Croatoan, but, losing their anchors, were obliged to drift away and give up the search.