The Natural History of Pliny — Volume 2 of 6 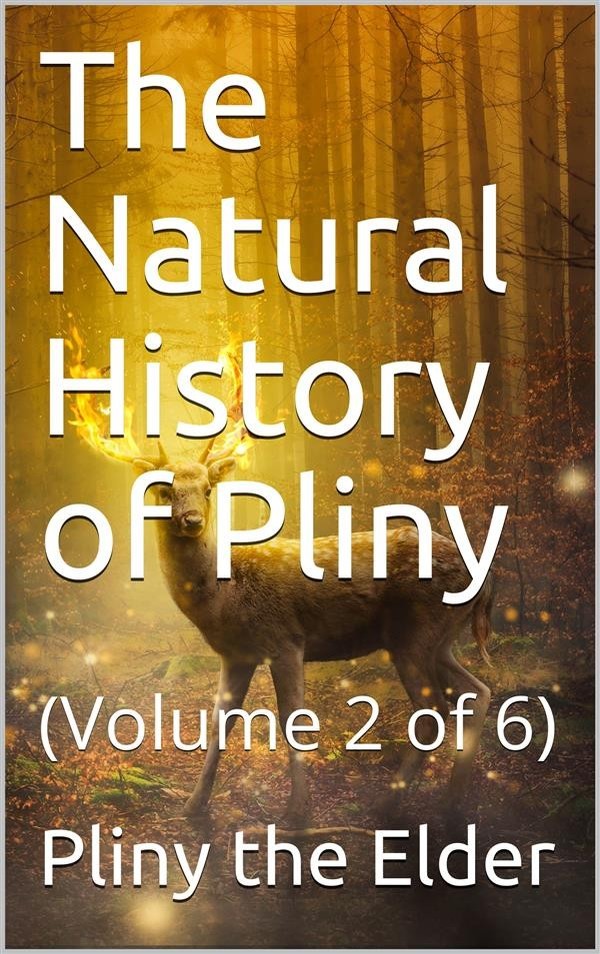 The Natural History of Pliny — Volume 2 of 6


The Natural History consists of 37 books. Pliny devised a summarium, or list of contents, at the beginning of the work that was later interpreted by modern printers as a table of contents. This volume covers Books 8-11 on topics Zoology, including mammals, snakes, marine animals, birds, insects.

The Natural History (Latin: Naturalis Historia) is a book about the whole of the natural world in Latin by Pliny the Elder, a Roman author and naval commander who died in 79 AD.

It is one of the largest single works to have survived from the Roman Empire to the modern day and purports to cover all ancient knowledge. The work's subject area is thus not limited to what is today understood by natural history; Pliny himself defines his scope as "the natural world, or life". It is encyclopedic in scope, but its structure is not like that of a modern encyclopedia.

Pliny's Natural History became a model for later encyclopedias and scholarly works as a result of its breadth of subject matter, its referencing of original authors, and its index. The work is dedicated to the emperor Titus, a son of Pliny's close friend, the emperor Vespasian, in the first year of Titus's reign. It is the only work by Pliny to have survived, and the last that he published. He began it in 77, and had not made a final revision at the time of his death during the AD 79 eruption of Vesuvius.

The Natural History is encyclopaedic in scope, but its format is unlike a modern encyclopaedia. However, it does have structure: Pliny uses Aristotle's division of nature (animal, vegetable, mineral) to recreate the natural world in literary form. Rather than presenting compartmentalised, stand-alone entries arranged alphabetically, Pliny's ordered natural landscape is a coherent whole, offering the reader a guided tour: "a brief excursion under our direction among the whole of the works of nature ..." The work is unified but varied: "My subject is the world of nature ... or in other words, life," he tells Titus.

Nature for Pliny was divine, a pantheistic concept inspired by the Stoic philosophy which underlies much of his thought. But the deity in question was a goddess whose main purpose was to serve the human race: "nature, that is life" is human life in a natural landscape. After an initial survey of cosmology and geography, Pliny starts his treatment of animals with the human race, "for whose sake great Nature appears to have created all other things". This teleological view of nature was common in antiquity and is crucial to the understanding of the Natural History. The components of nature are not just described in and for themselves, but also with a view to their role in human life. Pliny devotes a number of the books to plants, with a focus on their medicinal value; the books on minerals include descriptions of their uses in architecture, sculpture, painting and jewellery. Pliny's premise is distinct from modern ecological theories, reflecting the prevailing sentiment of his time.