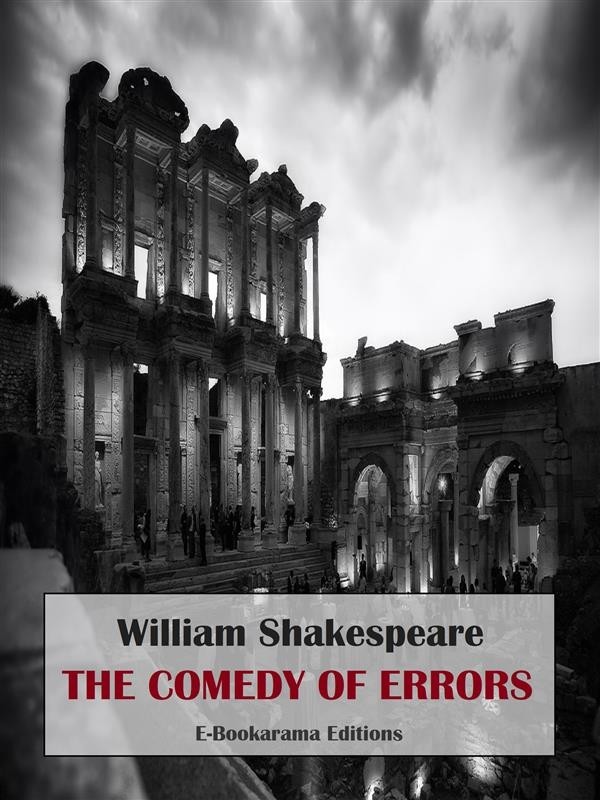 "The Comedy of Errors" is believed to be one of Shakespeare's earlier written plays; a humorous comedy about separated family and mistaken identity. The play is probably the most complicated of all Shakespeare’s plays, involving two sets of identical twins with multiple identity confusions.

"The Comedy of Errors" is one of Shakespeare's shortest and fastest-paced plays, relying heavily on slapstick, puns, and wordplay for the humour. Mistaken identity is the driving plot point of the play and is the foundation for most of the play's humour and wordplay. This play is considered a farce, which is a play that relies on impossible situations, outlandish humour and buffoonery to drive the plot.

Action set in Ephesus (Asia Minor), where Sicilians have been banned on punishment of death. The elderly merchant Egeon, who is from Syracuse (in Sicily), has been arrested and sentenced to be executed by Solinus, Duke of Ephesus, unless 1000 marks are paid. Though the Duke cannot pardon him, he has pity on Egeon and asks him to tell his story. Egeon and his wife Emilia had identical twin sons and had also raised a poor woman's identical twin sons to be their servants. They had sailed from Epidamnum (modern Albania) years earlier to return home to Sicily, but a storm wrecked the ship and he and one son (Antipholus of Syracuse, AS) along with Dromio of Syracuse were separated from his wife and other son (Antipholus of Ephesus, AE) and Dromio of Ephesus. He has continued to search for his lost wife and son for many years and has given the son and servant who survived with him the names of the presumably lost son and servant. His search has now brought him to Ephesus, and he has also granted his son's wish to go separately with his Dromio in search of his lost brother. The plot revolves around the convergence in Ephesus of these family member and the two Dromios and the many comic consequences regarding mistaken identities and confusion with: Angelo the goldsmith (who has made a gold chain intended for AE's wife but which he mistakenly gives to AS) and Balthasar the merchant; Adriana (the wife of AE who mistakes AS for him); her sister Luciana (whom AS courts); her maid Luce (or Nell, wooed by Dromio of Syracuse); an arresting officer; Antipholus' courtesan; Doctor Pinch (a conjuring schoolmaster who tries to help AE with his "possession"); and the abbess with whom AS seeks sanctuary. In the end, Egeon recognizes his son AE, is bailed out by him, and they are all reunited with their mother, whom the abbess proves to be.