THE NURSERY ALICE - A Children's Edition of Alice's Adventures in Wonderland 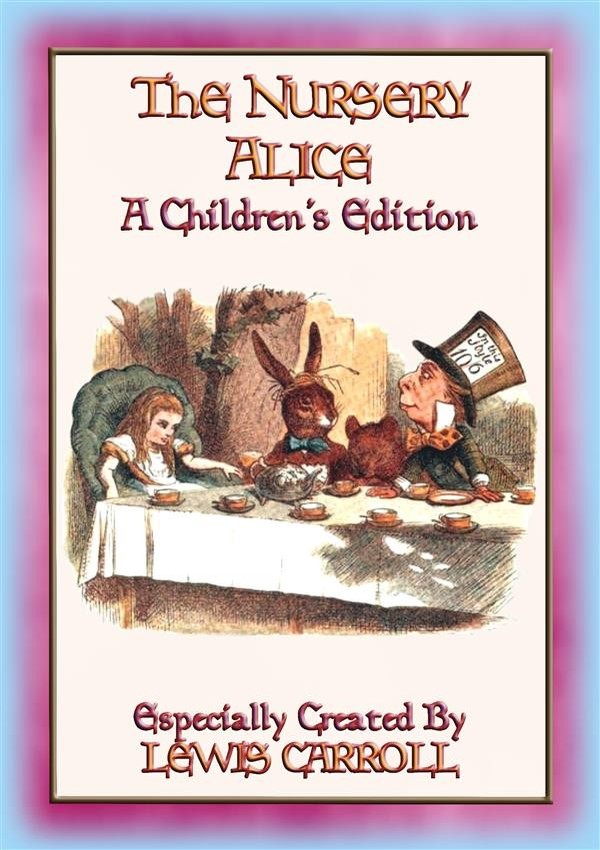 THE NURSERY ALICE - A Children's Edition of Alice's Adventures in Wonderland

The Nursery "Alice" is a shortened version of Alice's Adventures in Wonderland created by Lewis Carroll in 1889/90 especially for children aged “0 to 5”. This edition was created twenty-five years after the original full-length work was published. Adapted by the author himself for children this is in effect an easy-to-read edition for preschool children.

It includes 20 of John Tenniel's illustrations from the original book, redrawn, enlarged, coloured – and, in some cases, revised – by Tenniel himself

The work is not merely a shortened and simplified version, along the lines of “Alice's Adventures in Wonderland” retold in words of one syllable. It is written as though the story is being read aloud by someone who is also talking to the child/listener, with many interpolations by the author, pointing out details in the pictures and asking questions, such as "Which would you have liked the best, do you think, to be a little tiny Alice, no larger than a kitten, or a great tall Alice, with your head always knocking against the ceiling?" There are also additions, such as an anecdote about a puppy called Dash, and an explanation of the word "foxglove".