Pearls of Jannah, Inspiring the Muslimah 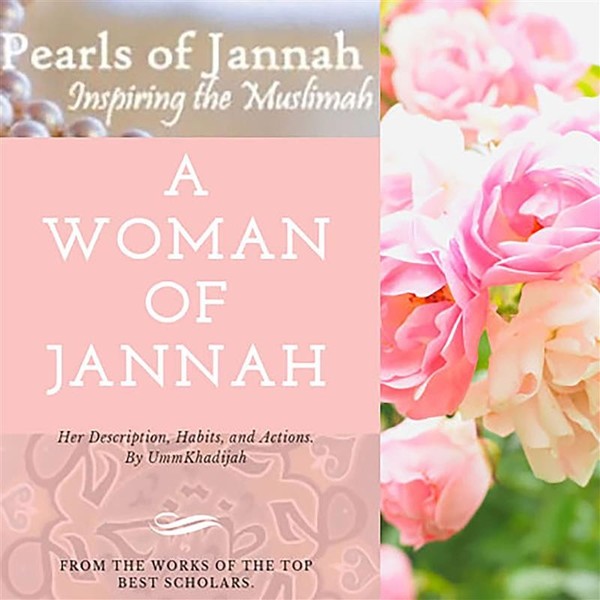 Pearls of Jannah, Inspiring the Muslimah

Written from the contributions of the world’s top, prominent , leading, well-reputed and best scholars with evidences from the original sources - the Qur'aan and authentic Hadith based on the understanding of the salaf, the best early generations. "Pearls of Jannah, Inspiring the Muslimah:A Woman of Jannah" discusses the descriptions, habits, actions, biographies, lessons and virtues of thirty great Muslim female heroines from among the pious predecessors who were given the glad tidings of paradise. This book utilized authentic narrations with an easy and summarized style, mentioning some lessons and benefits from the biographies of the heroines of Islam. The heroines of Islam who were given the glad tidings of Jannah, stand out as outstanding models in the history of humanity in a way that rendered them unrivalled in the history of nations. Ibn al-Qayyim said: They [ women in Paradise] are described as being fair and beautiful. The word khayraat (fair and good) is derived from the word khayyarah, which refers to the woman who combines all good qualities, both outward and inward, and whose physical appearance and attitude are perfect. So they are good in attitude and fair of face [Rawdat al-Muhibbeen, p. 243]. Learn, love and be with the women of Jannah in Paradise such as the wives of the Prophet Safiyyah, Khadijah, 'Aishah, and others. The scholar Shaykh Al-Fawzan has stated that the wives of the Prophet peace be upon him are exemplary and role models for other women. Know the female companions of the Prophet who are also the heroines of Islam such as Barakah, Umm Ayman and so forth. The Prophet peace be upon him said that a person will be with those whom he or she loves. Narrated `Abdullah: The Prophet (ﷺ) said, "Everyone will be with those whom he loves" [ Sahih al-Bukhari, Vol. 8, Book 73, Hadith 189]. By Allah, we love Khadijah (may Allah be pleased with her) for sake of Allah. We also love, the Prophet peace be upon him, Abu Bakr, 'Umar, Uthman and Ali may Allah be pleased with them. 'Abdullah bin Abu Aufa (May Allah be pleased with him) reported: Messenger of Allah (ﷺ) gave glad tidings to Khadijah (May Allah be pleased with her) about a palace of hollowed pearls in Jannah, free from noise and toil. [Al-Bukhari and Muslim]. [ Riyadh as-Salihin, Book 2, Hadith 708]. Shaykh Ibn ‘Uthaymeen (may Allah have mercy on him) was asked: Do the descriptions of al-hoor al-‘iyn also include the women of this world? He replied: What appears to be to be the case is that the women of this world will be better than al-hoor al-‘iyn, even in terms of outward appearance. And Allah knows best. [Fataawa Noor ‘ala ad-Darb]. The situation of the believing woman in Paradise will be superior to that of al-hoor al-‘iyn, and she will be higher in status and more beautiful. If a righteous woman from among the people of this world enters Paradise, she will enter it as a reward for righteous deeds and as an honour to her from Allah for her religious commitment and righteousness. As for the hoori, who is one of the delights of Paradise, she was only created in Paradise for the sake of someone else, and she is made as a reward for the believer for his righteous deeds. There is a great difference between the one who enters Paradise as a reward for her righteous deeds and the one who was created to be a reward for the man who does righteous deeds. The former is like a queen with power and authority, whereas the latter – no matter how great her status and beauty – is of a lesser status than a queen; she is subject to her master, the believer for whom Allah created her as a reward[Tafseer al-Qurtubi (16/154); at-Tadhkirah fi Ahwaal al-Mawtaa wa Umoor al-Aakhirah (3/985)].