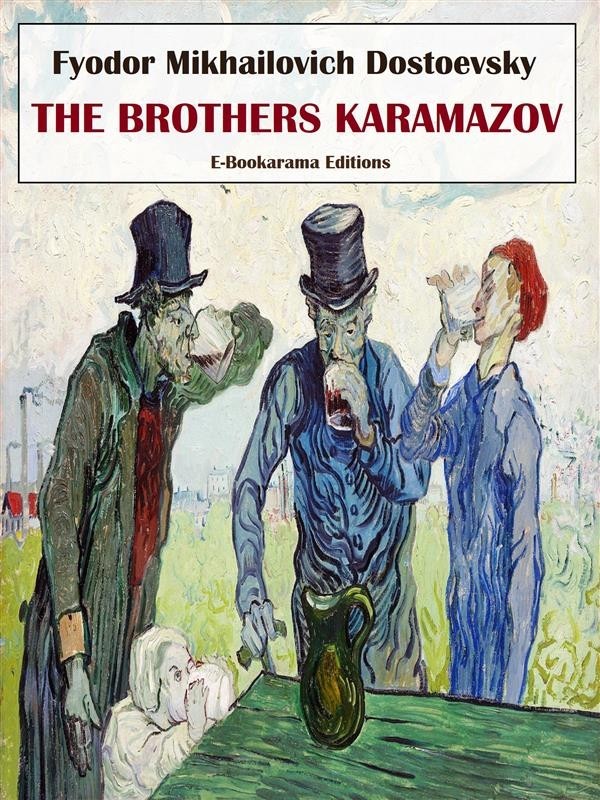 "The Brothers Karamazov", the final novel by Fyodor Dostoevsky, was first published as Bratya Karamazovy in 1879–80 and generally considered to be his masterpiece.

Like "Crime and Punishment", "The Brothers Karamazov" revolves around a murder. Fyodor Karamazov, a corrupt provincial landowner and businessman, has fathered four sons: Dmitri, an army officer, by his first wife; Ivan, a teacher and scholar, by his second wife; Alyosha, a monk in training, also by his second wife; and Smerdyakov, an epileptic servant in his household and his illegitimate child by a retarded local girl. Fyodor is murdered by Smerdyakov, but Dmitri’s freewheeling anger and violence make him the suspect. After his arrest, a spectacular trial is held. The prosecution builds a solid case, and Dmitri is found guilty and sent to Siberia. Ivan learns that Smerdyakov is the real murderer, but, since nothing can be proved, Dmitri must suffer the consequences of the deed to the end. Ivan has a nervous breakdown, Smerdyakov commits suicide, and Alyosha goes to Siberia to offer what comfort he can to his brother.

"The Brothers Karamazov" is a novel with a simple plot about a murder, and a complex discussion of faith, doubt, and morality.