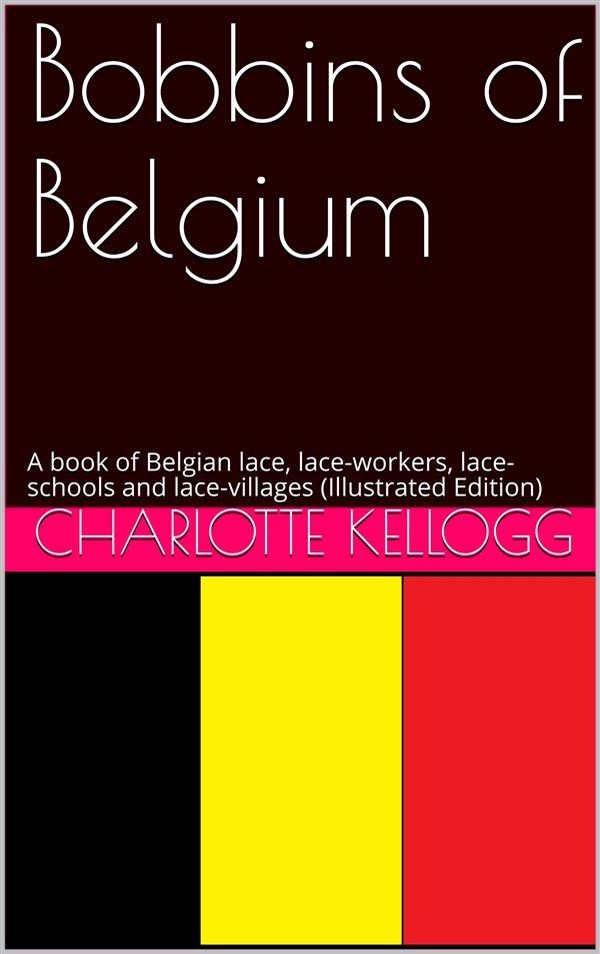 Lace is a tissue composed of mesh and “flowers” (pattern), or either one alone, produced with a needle and single thread, or with several threads manipulated by means of bobbins. It is the product of a natural evolution from early embroideries and weaving.

We possess no contemporaneous history of the origins and development of the lace art, partly, perhaps, because of the tradition, strong among the initiated, of hiding its secrets, and of the consequent difficulty of an outsider to master them, and partly because successive wars and world cataclysms have interrupted or destroyed its progress.

However, we are interested primarily, not in the ancient origins of the two great lace groups, nor in early passementeries and filets and their processes, but in the marvelous efflorescence of the lace art of the Western Europe of the 16th, 17th and 18th centuries, and in its still lovely expression of to-day.

During the 16th and 17th centuries, the lace industry made phenomenal progress, both extensively and intensively. Holland and England sent continually larger orders to Flanders. As cloths grew finer and softer, and the mode of wearing them more graceful, and as daintier linens were increasingly employed, lace became ever more filmy and exquisite. A worker spent perhaps a whole year on a single meter of Valenciennes, one head-dress cost as much as 200,000 livres. Every lace had its time, its season. During this epoch, needle laces were supreme, as bobbin laces were to be in the 18th century.

In this little book I make no attempt to present a history of lace, or a detailed analysis of its processes. I have wished merely to set down in simple form a few of my observations in the lace districts of Belgium, as the war has left her. To follow them one does not need even an elementary knowledge of the important lace forms, tho that is easily acquired. For there are but two large groups; the needle-lace group, and the bobbin-lace group, between which we learn quickly to distinguish. We can not prove the time of their respective origins; as we know them, they seem to have existed side by side, as they do in the Belgium of to-day. Sometimes one was more popular, sometimes the other.