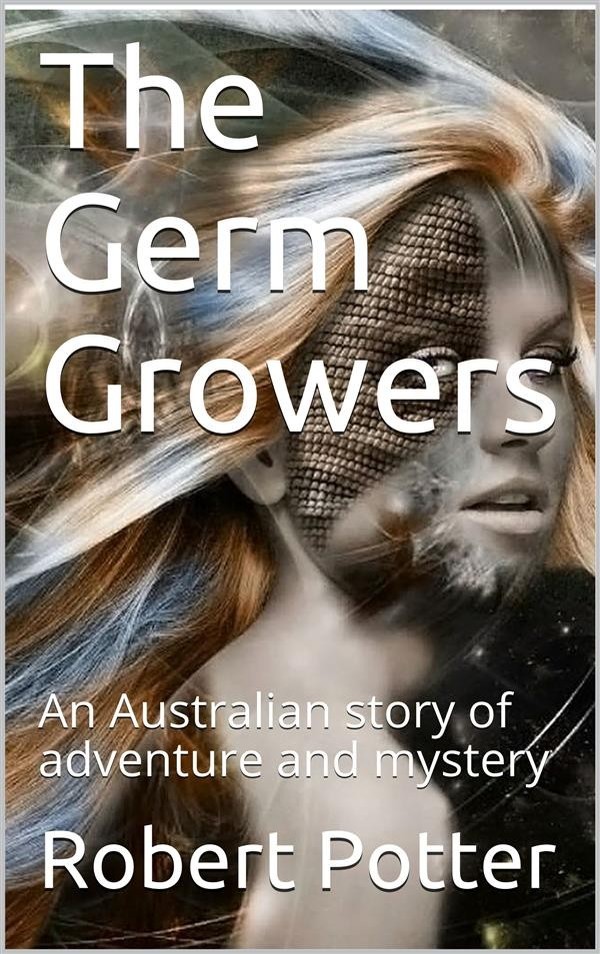 Potter's THE GERM GROWERS more closely resembles the SF of today. It is probably the world's first story of an alien invasion, produced in Melbourne six years before H. G. Wells's THE WAR OF THE WORLDS. Shape-shifter aliens establish bases in wilderness areas of Earth, including northwest Australia. Unlike the Martians of Wells's book, they do not resort to open warfare with vastly superior technology, but use airships, invisibility, and biological weapons.

While exploring the Kimberleys, two English youths stumble upon a plot by the aliens to destroy humanity through the breeding of new forms of plague. At first the conspirators appear merely to be members of some secret society, but it is soon revealed that they are nothing less than devils from outer space (their leader being Signor Niccolo Davelli). The heroes refuse to work for these disease-disseminating devils, and good triumphs over evil when they are rescued by an angel.