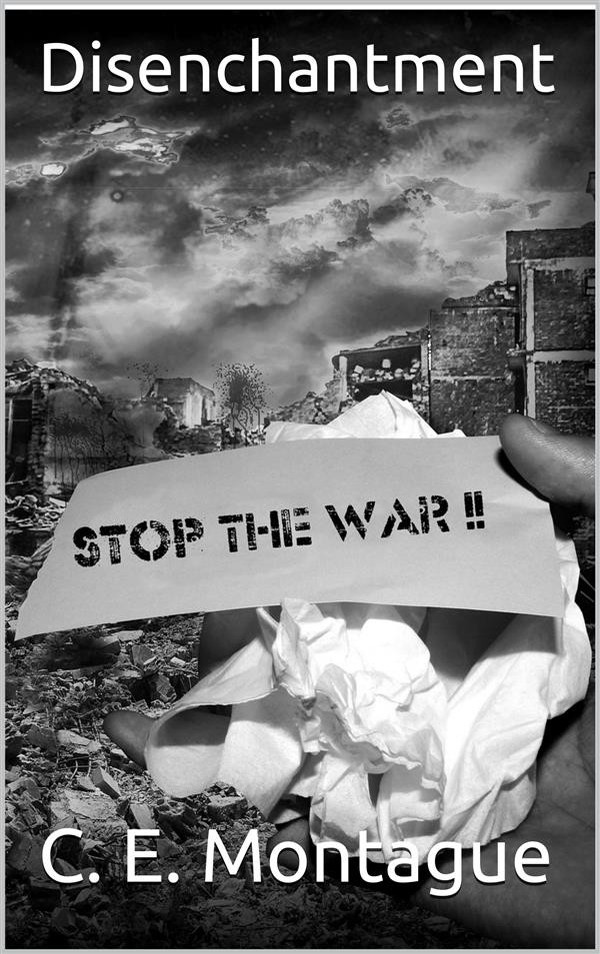 Speaking from his own experiences as a soldier and a journalist C. E. Montague writes about the boundless optimism and commitment of men who enlisted and then returned with a communal sense of disenchantment.

Describing heavy hearts and the harsh regimes imposed on both sides he explores what duty means in hindsight and questions the way in which war is fought whilst accepting the need for resolution.

He explores the pride and idealism of a nation determined to win, the scale of human loss and the traumatic legacy which is left behind.

Gravely critiquing the cost of war, ‘Disenchantment’ lifts the veil of propaganda and configured journalism which was a defining feature of WW1.

Montague expertly critiques the limits on freedom of the press and misuse of information in times of unrest which seem to highlight victories but fail to expand on the ugly darkness which is part of war, or the sacrifices made to win.

References to classic literature make this a beautifully intellectual and unique piece of war time literature.

It is an honest and philosophical account of one man’s disenchantment with a war that undoubtedly also speaks for many other men and was a pivotal piece of anti-war literature when first published in 1922.

Charles Edward Montague, (1 January 1867 – 28 May 1928), was an English journalist and novelist. In 1914, Montague was 47, but in order to enlist, he dyed his white hair black to enable him to fool the Army into accepting him. He began as a grenadier-sergeant, and rose to lieutenant and then captain of intelligence in 1915.

Contents
The vision -- Misgiving -- At Agincourt and Ypres -- Tedium -- The sheep that were not fed -- 'Ware politicians -- "Can't believe a word" -- The duty of lying -- Autumn comes -- Autumn tints in chivalry -- Stars in their courses -- Belated boons -- The old age of the war -- Our moderate Satanists -- Any cure? -- Fair warning.