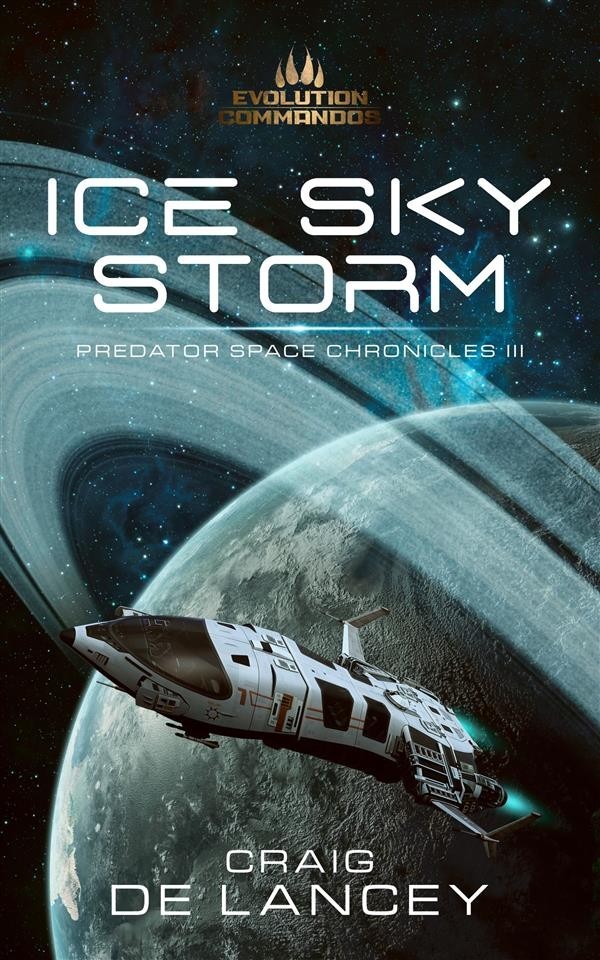 Amir Tarkos is one of the only humans in the Predator Corp, the most feared and respected military force in the Galaxy. With his partner Bria, a bear-like carnivore, Tarkos is on a dangerous and difficult mission to fight the Ulltrians, a race that once extinguished much of the life in the Galaxy.

War has begun, but Bria has been accused of murder and treason. Tarkos is accused of being her accomplice. Only they can save the Alliance, but first they must escape from prison, raise an army of artificial intelligences, and seize control of the most dangerous weapon the Alliance ever created.

Ice Sky Storm is a stand-alone novel, but it is also the final third of the trilogy Evolution Commandos. In addition, it forms part of the ongoing Predator Space Chronicles, which are told in novels and short stories.


BOOKS IN THE PREDATOR SPACE CHRONICLES:

6. Question Zero
7. One Human
Collected together in World Scar

Craig DeLancey is a writer and philosopher. His novels include the Predator Space Chronicles and Gods of Earth. He has published dozens of short stories, in places like Analog, Lightspeed, Nature Physics, Shimmer, and the Mississippi Review Online. His story "Julie Is Three" won the Analog Anlab readers choice award for short story in 2012 and is under film development by Storycom. His story "RedKing" is in several of the year's best science fiction anthologies. He is also a playwright, and his plays have received staged readings and performances in New York, Los Angeles, Sydney, Melbourne, and elsewhere.

Your email address will never be shared and will only be used for the quarterly updates and free fiction.