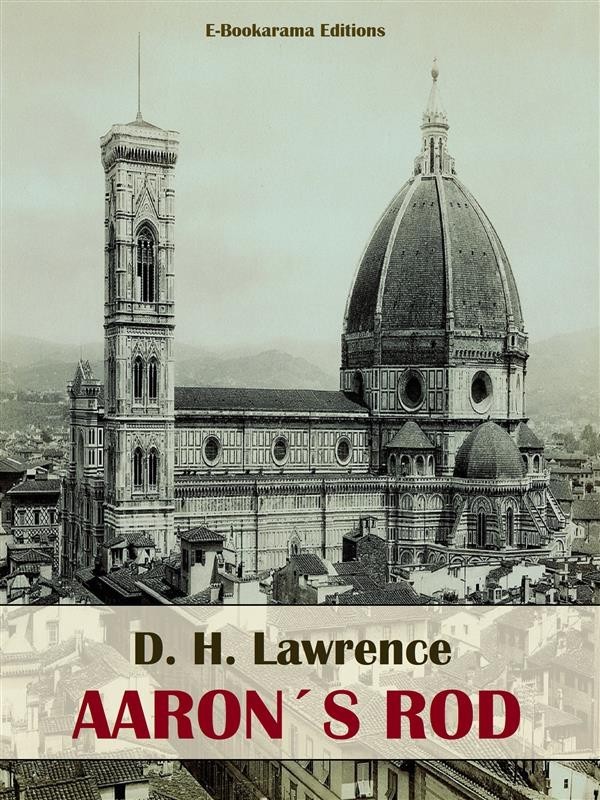 "Aaron's Rod" was completed in 1921 and was censored by both Lawrence's American and English publishers.
Written in the years following World War I and set in postwar England and Italy, "Aaron's Rod" questions many of the accepted social and political institutions of Lawrence's generation, and raises issues as valid for our own time as they were for his. The novel's hero is an Everyman who flees the destruction in England and his failing marriage and who, like Lawrence himself, becomes absorbed in discovering and understanding the nature of the political and religious ideologies that shaped western civilisation.

Aaron Sisson, a union official in the coal mines of the English Midlands, find his marriage is breaking down. He is also depressed at finding himself in a society which cannot adapt to the aftermath of the First World War, and often finds solace only in his flute playing. One day he walks out on his wife and children to seek a new life and decides on impulse to visit Italy, hoping to become a professional musician.
Going via London to the continent via London, he pays his way through his flute playing. On the journey he meets people who show him what is possible in his life. In Florence he finds himself at home in intellectual and artistic circles, where he can argue about politics and leadership issues, and he also has an affair with an aristocratic lady.
Gradually he sees the bitter divisions in post war Europe, as the Fascists and Socialists are increasingly at odds with one another. While drinking with his friends in a café one day a bomb explodes, with grim personal consequences for him in particular.