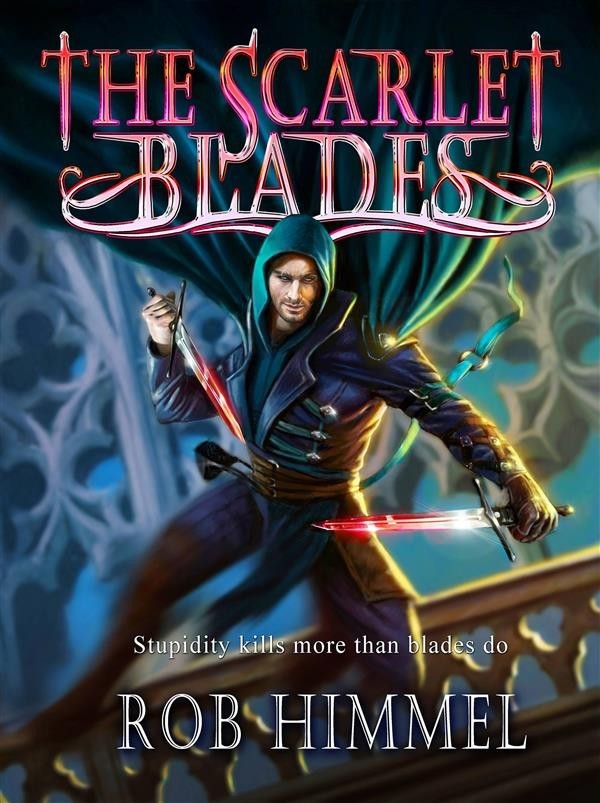 This novel has been awarded the Trofeo Cittadella 2018, the most prestigious Italian award in the field of fantasy literature, during Deepcon19.
www.robhimmel.com

Stupidity kills more than blades do.

The balance is shattered. The pieces are on the board. The game of power has begun and will demand a blood price.

When Lynx, Ganderia’s most infamous assassin, makes his unexpected return to the capital after ten years, the balance of powers shatters. The eight organizations managing the city from the shadows awaken from their slumber and resume their plotting and scheming. King Nuldest is prepared to do anything to uncover the reason why, after all this time, the man has come back and doesn’t hesitate to put the Order on the task. And Eel won’t waste an opportunity to chase and seize her dream: to become the greatest assassin in history, making a name for herself at Lynx’s expenses… Even the enigmatic Queen is ready to play her hand. The game of deceit is afoot. Who will triumph?

“An unconventional fantasy novel. It would be great if some producer acknowledged this novel and thought of bringing it to the big screen.” Universo Fantasy“Mystery takes the stage along with a thick web of intrigue, betrayal, lies and deceit, with a surprise ending that leaves a smile on your lips.” La Bottega dei libri incantati

“Finally a fantasy novel, or better yet a fantasy thriller, with a spy story capable of transporting me to a different, upside-down world, shocking and enticing because of it. I can only bow before Rob Himmel and tell him, with deference, that I tip my hat to him.” Les Fleurs du Mal

“This book’s greatest virtue lies in Himmel’s ability to never let the true intentions of his creatures shine, leaving the reader actively involved in investigating them, trying to imagine what will be the next upset in the vast web of power games they set up.” Infiniti mondi

“In The Scarlet Blades we witness a game of power reminiscent of Martin’s game of thrones, although unfolding considerably faster. The pacing is quick and relentless, with no pauses, a new development in every page, be it a fight, a murder or a revelation.” I Mondi Fantastici

“Reading this often makes one hold their breath. It is a story rich in intrigue, subterfuge and ‘No, that can’t be!’ moments. An original and thrilling story.” A me piace… leggere!

“It’s an intriguing novel thanks to its ability to create a suspenseful atmosphere throughout, a story with relentless pacing in which characters move cautiously and cunningly, calculating every move, skilled players in a chess game against death.” Finestra sul Mondo“Intrigue, friendship, betrayal, power struggles, these are the elements that make up the novel. Since the very first lines, suspense is king. A thrilling adventure to be read in one sitting.” Mondo fantasy

“If you are fond of George R.R. Martin works you can’t miss this book. A perfect balance of intriguing plot and smooth writing.” Urban, Fantasy & Co.

“A book full of intrigues and twists, an ensemble story playing with the feelings and ambitions of its protagonists, building a story in which no one reveals their real intentions and events follow each other with inexorable ferocity. A compelling reading, to be devoured page after page.” Il Gufo lettore