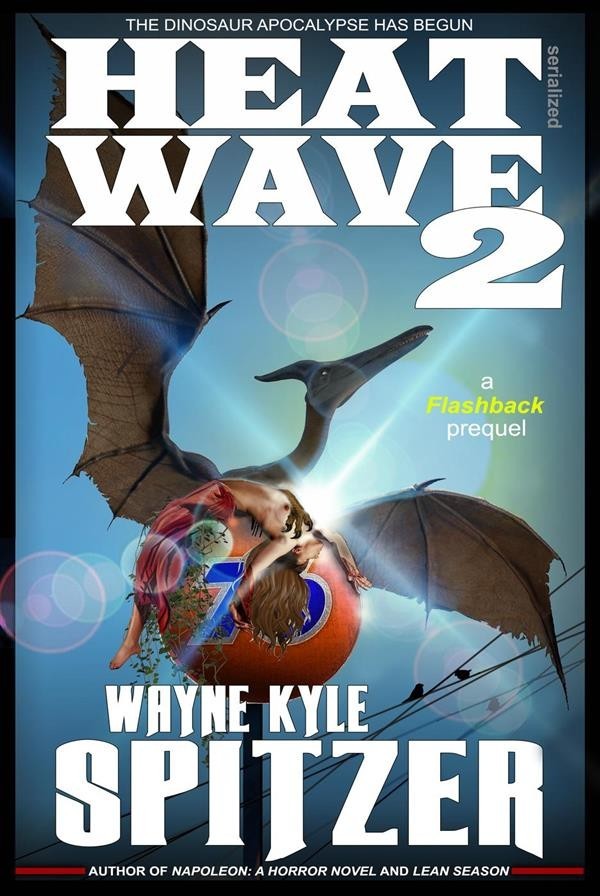 The exciting all-new prequel series to Flashback and Dinosaur Apocalypse ...

“Is that really a good idea?” asked Coup, which at last caused her to turn around.

“I don’t know, is it?” she said, and slung the purse over her shoulder. “Why don’t you ask him?” She indicated Long. “He seems to know everything.”

“It’s the only idea,” she snapped determinedly. She patted her purse warningly. “And don’t even think about …”

But they were no longer looking at her—gazing instead at something which had swooped into view outside, something which seemed for an instant almost to hover—its muscles and ligaments twitching, making a thousand adjustments, its stretched membranes undulating, its talons outstretched—before it smashed against the glass like some great, dark kite (cracking it three different ways) and hit the ground violently, scrambling and flapping, leaping and taking wing again, disappearing from sight. All of which happened so fast that the woman in the red dress, having leapt away suddenly, didn’t appear to have even seen it, much less identified it, and only said, finally, “What was that?” And then laughed. “Are we under attack by wild turkeys, for fuck’s sake?”