History of the Peninsular War Volume V (of 6) 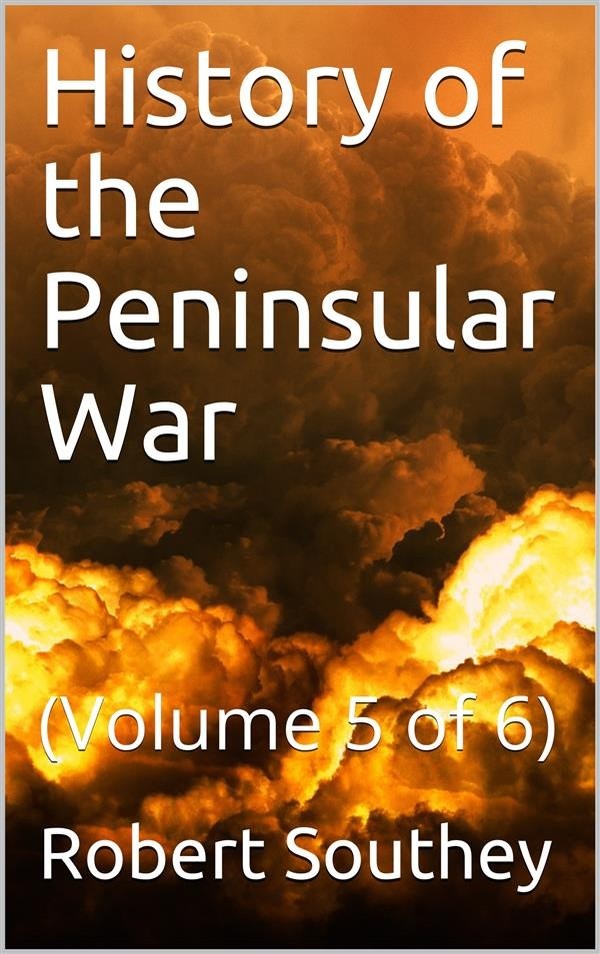 History of the Peninsular War Volume V (of 6)

Robert Southey was an English poet of the Romantic school, one of the Lake Poets along with William Wordsworth and Samuel Taylor Coleridge, and England's Poet Laureate for 30 years from 1813 until his death in 1843. Although his fame has been eclipsed by that of Wordsworth and Coleridge, his verse still enjoys some popularity.

Southey was also a prolific letter writer, literary scholar, essay writer, historian and biographer. His biographies include the life and works of John Bunyan, John Wesley, William Cowper, Oliver Cromwell and Horatio Nelson. The last has rarely been out of print since its publication in 1813 and was adapted as the 1926 British film Nelson.

He was also a renowned scholar of Portuguese and Spanish literature and history, translating a number of works from those two languages into English and writing a History of Brazil (part of his planned History of Portugal, which he never completed) and a History of the Peninsular War.

Eight years have now elapsed since the conclusion of that memorable war which began upon the coast of Portugal, and was brought to its triumphant close before the walls of Thoulouse. From the commencement of that contest I entertained the hope and intention of recording its events, being fully persuaded that, if this country should perform its duty as well as the Spaniards and Portugueze would discharge theirs, the issue would be as glorious as the cause was good. Having therefore early begun the history, and sedulously pursued it, it would have been easy for me to have brought it forth while the public, in the exultation of success, were eager for its details. But I was not so unmindful of what was due to them and to the subject; and I waited patiently till, in addition to the means of information which were within my reach, more materials should be supplied by the publications of persons who had been engaged in the war, and till time enough had been allowed for farther consideration and fuller knowledge to correct or confirm the views and opinions which I had formed upon the events as they occurred.