The Rescue: A Romance of the Shallows 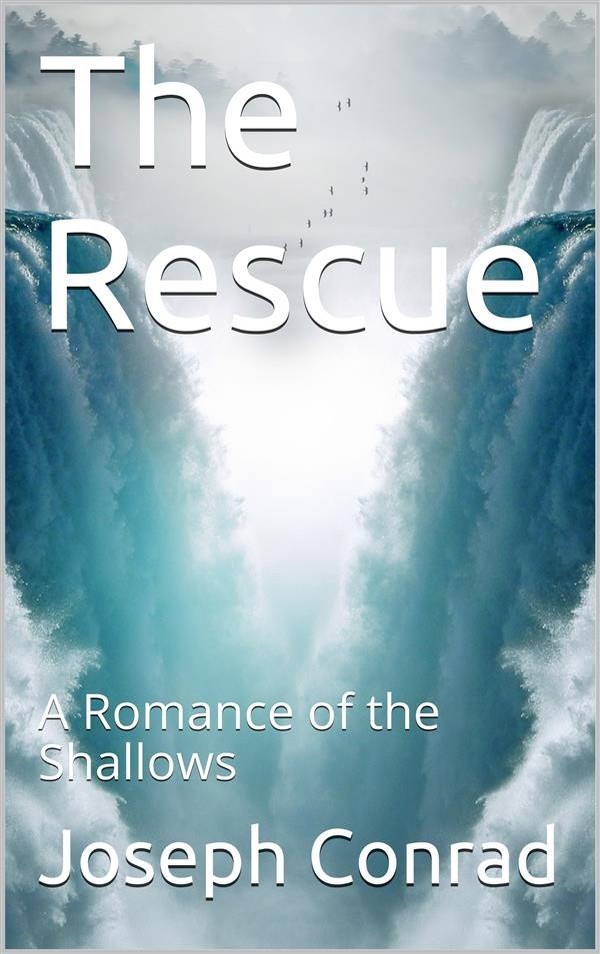 The Rescue: A Romance of the Shallows

The Rescue, A Romance of the Shallows (1920) is one of Joseph Conrad's works contained in what is now sometimes called the Lingard Trilogy, a group of novels based on Conrad's experience as mate on the steamer Vidar. Although it was the last of the three novels to be published, after Almayer's Folly (1895) and An Outcast of the Islands (1896), the events related in the novel precede those. The story follows Captain Tom Lingard, the recurring protagonist of The Lingard Trilogy, who was on his way to help a native friend regain his land when he falls in love with a married woman whose yacht he saves from foundering.

Young Tom Lingard is the owner and captain of a sailing ship, the Lightning which lies becalmed at night, somewhere in the Malayan archipelago. With his chief mate Shaw he discusses the problems that women can cause. Suddenly they are approached by a search party in a boat seeking help for a yacht which has become stranded on mudflats on a nearby island.

Carter, the commander of the boat is interrogated in rather a hostile and suspicious manner which leaves him puzzled, but his boat is put in tow. When they reach the island Lingard handles his brig skilfully, but it transpires that he was heading for the island himself. He fires a warning shot into the interior, then joins the stricken yacht.

The story backtracks to explain how Lingard first came into contact with the Wajo leader Hassim, and their instant bond of friendship. Lingard goes to visit Hassim, but is warned off by Jaffir, who reports that Hassim is now a fugitive in a civil war. But Lingard takes a long boat on shore to rescue him, and the sortie is a success.

Lingard begins trading in arms and saving money to help Hassim in the re-conquest of Wajo. He is followed around by Jorgenson, an old sea-captain whose life has been ruined. When Lingard explains his plans to Jorgenson, the older man warns him against taking action, and offers his own life as an example of failure. But in the end, with no future prospects, he agrees to join in the venture, along with his prematurely aged native wife.