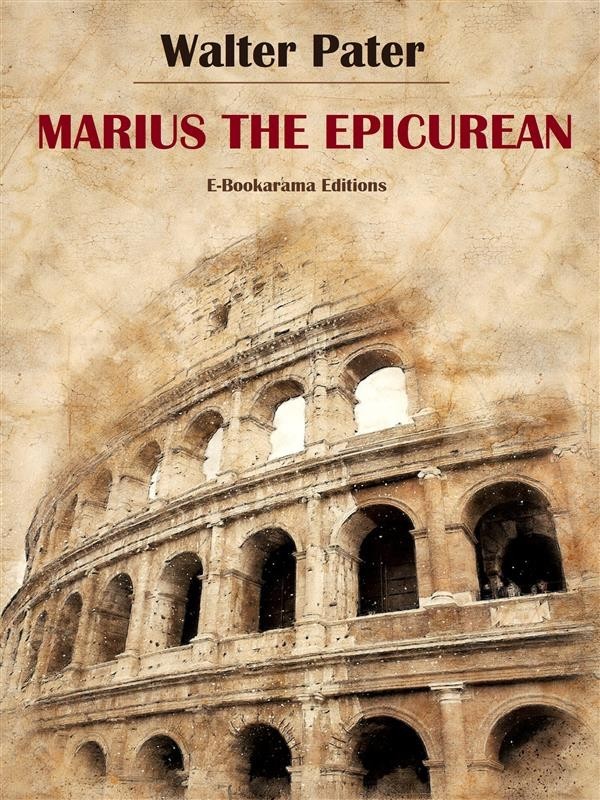 Set in the second century A.D. against the backdrop of a Roman Empire on the verge of decline, "Marius the Epicurean" is the story of the philosophical and spiritual development of Marius, a young Italian serving as amanuensis to the great emperor Marcus Aurelius. Marius explores the various systems of philosophy in search of an elusive vision of love, moving from Epicureanism to Cyrenaicism and finally Stoicism before finally finding what he had sought in the terrible beauty of Christian martyrdom.

"Marius the Epicurean", first published in 1885, has been described as "the most highly finished of all his (Pater´s) works and the expression of his deepest thought".
"Marius the Epicurean" is the rare novel that is as significant for its style as for its plot. Told in Pater's uniquely exquisite and poetic prose, Marius became a profound influence on writers of the Aesthetic and Decadent movements of the late Victorian era, including Pater's former student, Oscar Wilde. It is also an important forerunner of the psychological novels of Joyce, Woolf, James, and Conrad, all of whom absorbed into their fictional techniques Pater's emphasis on the rendering of impressions and his presentation of character and point of view.